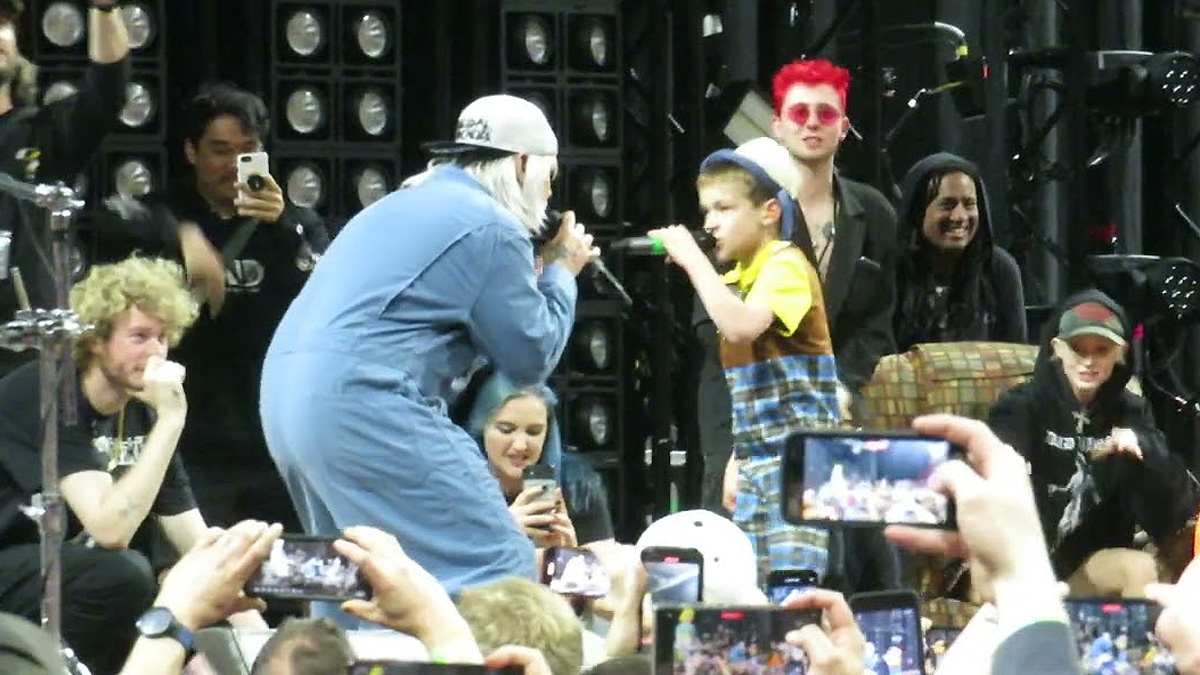 Limp Bizkit have embraced crowd participation during their ongoing “Still Sucks” tour, and most recently invited a kid onstage to perform “Break Stuff.”

It went down at the band’s Sunday night (May 22nd) show in Green Bay, Wisconsin. During the closing moments of the gig — an SNL-style full-crew send off — Fred Durst halted the festivities for an impromptu performance of “Break Stuff” featuring a tiny special guest.

“I promised this young man a little favor,” Durst said, pointing to a boy on the stage. With mics in hand, the two proceeded to bust into a raucous rendition of the song.

The kid was clearly familiar with the track, matching Durst rhyme for rhyme. The audience went berserk as they were given the ultimate encore banger.

It wasn’t the first time Limp Bizkit have indulged onstage audience participation. At an earlier show in Wilkes-Barre, Pennsylvania, the band invited a charismatic fan to help them with a cover of Rage Against the Machine’s “Killing in the Name.”

Limp Bizkit’s spring US tour is on its final leg, continuing tonight (May 24th) in Kansas City, Missouri. The trek wraps up on May 31st in Ontario, Canada. Get tickets to the remaining concerts via Ticketmaster.

Watch Limp Bizkit perform “Break Stuff” with their young guest vocalist below, followed by the Rage Against the Machine cover with an adult fan. And see our full recap and photo gallery of Bizkit’s recent Madison Square Garden concert.

Future, Missy Elliott, the Roots, Glorilla, and More to Perform During 50th Anniversary of Hip-Hop Celebration at 2023 Grammys

24 Actress Annie Wersching Passes Away at 45

New Trailer Imagines What 1989’s ‘Batman’ Would Look like Today