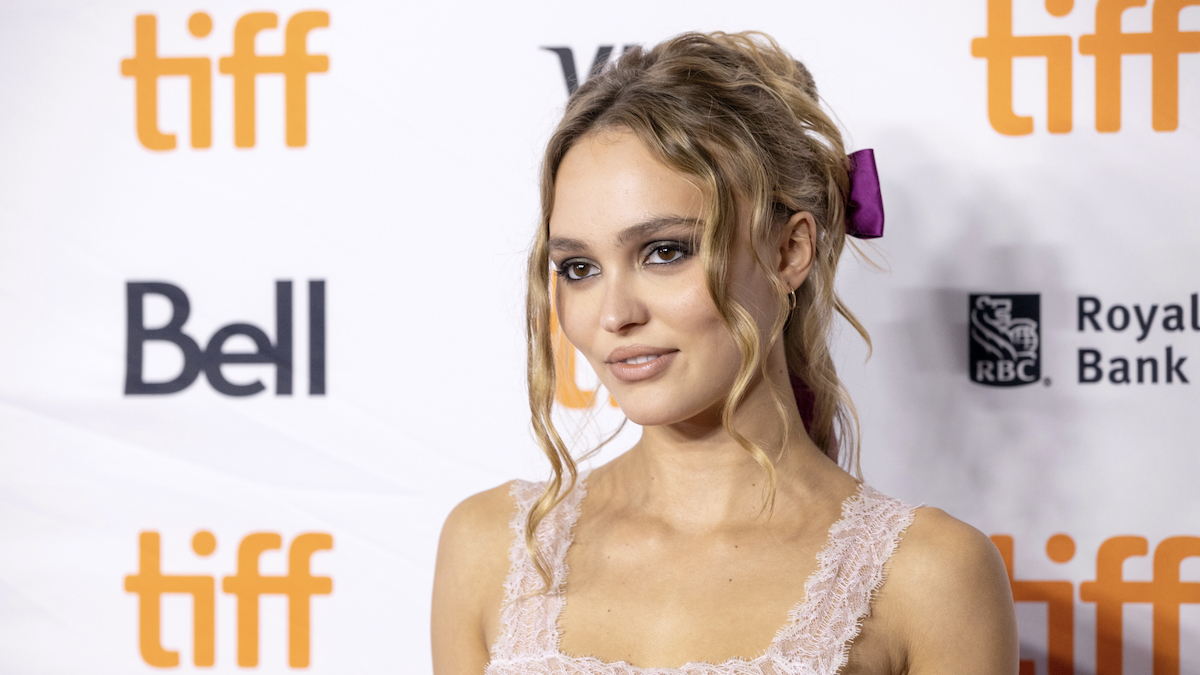 Lily-Rose Depp’s got some pretty famous parents, but don’t blame them for her success. The model and actress aired out her issues with the “nepotism baby” label she’s faced in recent years in a new interview with Elle, pointing to the fact that more famous women are accused of benefiting from nepotism than famous men.

Memes abound on social media about the deflating feeling of discovering that one’s favorite celebrity has famous parents, with the insinuation that their talent disappears after realizing that they probably had a helping hand in achieving success. However, Lily-Rose — daughter of Johnny Depp and French singer Vanessa Paradis — argues that said interest in one’s famous parents really only exists online.

“The internet seems to care a lot about that kind of stuff. People are going to have preconceived ideas about you or how you got there, and I can definitely say that nothing is going to get you the part except for being right for the part,” Depp said. “The internet cares a lot more about who your family is than the people who are casting you in things. Maybe you get your foot in the door, but you still just have your foot in the door. There’s a lot of work that comes after that.”

Depp added that she found it “interesting” that it’s usually women who are called “nepo babies.” “It’s weird to me to reduce somebody to the idea that they’re only there because it’s a generational thing. It just doesn’t make any sense,” she said. “If somebody’s mom or dad is a doctor, and then the kid becomes a doctor, you’re not going to be like, ‘Well, you’re only a doctor because your parent is a doctor.’ It’s like, ‘No, I went to medical school and trained.’”

“I just hear it a lot more about women, and I don’t think that it’s a coincidence,” Depp said.

Lily-Rose’s famous father has especially been in the headlines in recent months following his defamation trial against ex-wife Amber Heard, who has accused him of domestic abuse. The young actor hasn’t really commented on the trial, and she explained her silence in a similar attempt to emphasize her individuality.

“When it’s something that’s so private and so personal that all of a sudden becomes not so personal… I feel really entitled to my secret garden of thoughts,” Depp said. “I also think that I’m not here to answer for anybody, and I feel like for a lot of my career, people have really wanted to define me by the men in my life, whether that’s my family members or my boyfriends, whatever. And I’m really ready to be defined for the things that I put out there.”

Depp will next put out The Idol, the HBO series from Euphoria creator Sam Levinson that also stars The Weeknd. She’ll also be tormented by Nosferatu (Bill Skarsgård) in Robert Eggers’ take on the vampire story.

Marilyn Manson Sued for 1990s Sexual Battery of a Minor

How to Deal with Sweaty Hair After a Workout

The Associates’ Alan Rankine Dies at 64