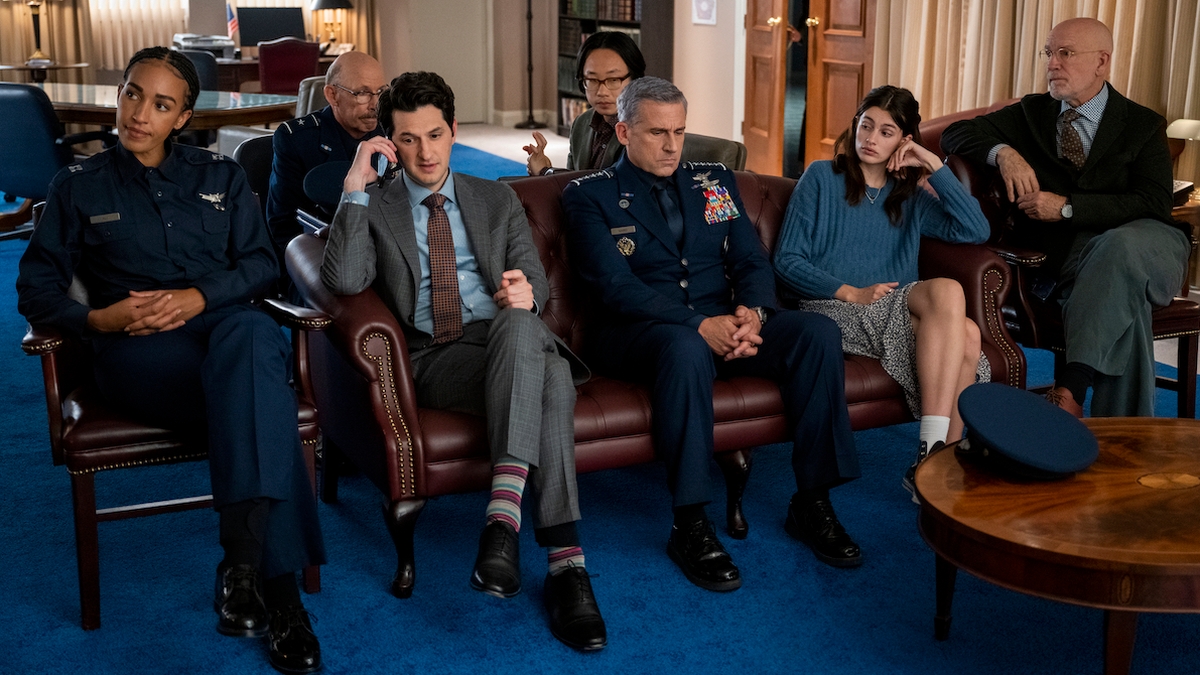 Space Force was a workplace comedy centering around a group of people tasked with establishing the sixth branch of the United States Armed Forces, which was formed under President Trump and continued under the new administration. After an uneven first season, Space Force was retooled by Daniels and Carell to be more like The Office with promising results.

In our review of Season 2, Senior Entertainment Editor Liz Shannon Miller described how the changes improved the show: “Leaning hard into the workplace comedy model works to the show’s advantage, with Office director Ken Kwapis delivering clear sharp bits and set-pieces — but not without some emotional undercurrents. The result is a sense that, as ridiculous as events sometimes get, things are… perhaps not more grounded (pardon the pun) but a great deal more emotionally authentic than Season 1.”

Season 2 of Daniels’ Amazon Prime series Upload debuted last month. He is still working on other projects with Netflix including Bad Crimes and Exploding Kittens.

As for Carell, Minions: The Rise of Gru is set to hit theaters this summer and he’s reuniting with fellow Office alum John Krasinski for the latter’s movie IF, slated for release next year.

Batwoman Canceled After Three Seasons at The CW