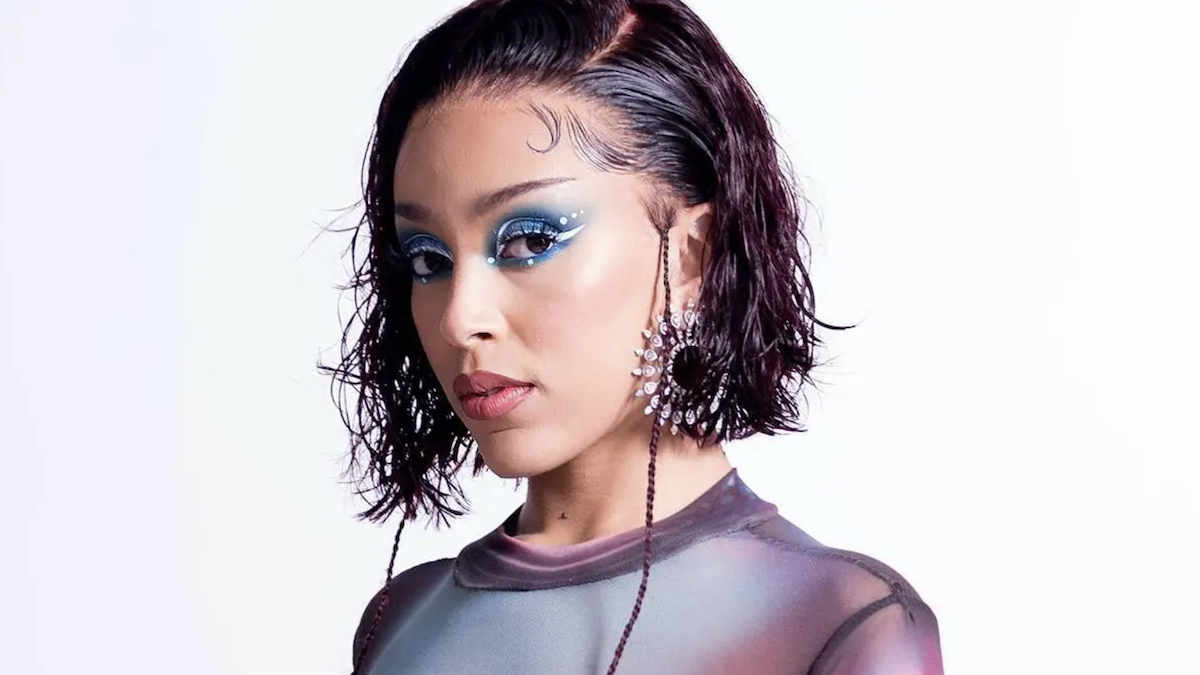 Doja Cat has dropped a new song called “Vegas,” which serves as the lead single to the soundtrack for Baz Luhrmann’s upcoming biopic Elvis. Listen to the track below.

As the first look at the Elvis soundtrack, “Vegas” follows Luhrmann’s grand tradition of pairing historical content with modern music. Doja Cat lives up to the challenge, sampling Elvis’ (nay, Big Mama Thornton’s) rock and roll classic “Hound Dog” for a moody rap song bemoaning a universal truth: men ain’t shit. “You ain’t nothing but a/ Dog? Player, I get it/ Fraud? Player, I get it/ I understand, I understand,” Doja spits, over boosted bass. Some things never change.

The official Elvis soundtrack arrives June 24th, the same day as the film. The project, Luhrmann’s first since 2013’s The Great Gatsby, stars Austin Butler as the King and Tom Hanks as his manager, Colonel Tom Parker. Revisit the trailer for the biopic here.

Doja Cat first previewed “Vegas” at Coachella. Before she resurrected “Hound Dog,” however, the artist brought back Taco Bell’s Mexican Pizza. The blessed partnership also brought us a cover of Hole’s “Celebrity Skin,” which we named Song of the Week. Her last full-length was 2021’s Planet Her.

The Umbrella Academy: It’s the Hargeeveses Vs. the Sparrows in Epic Season 3 Trailer