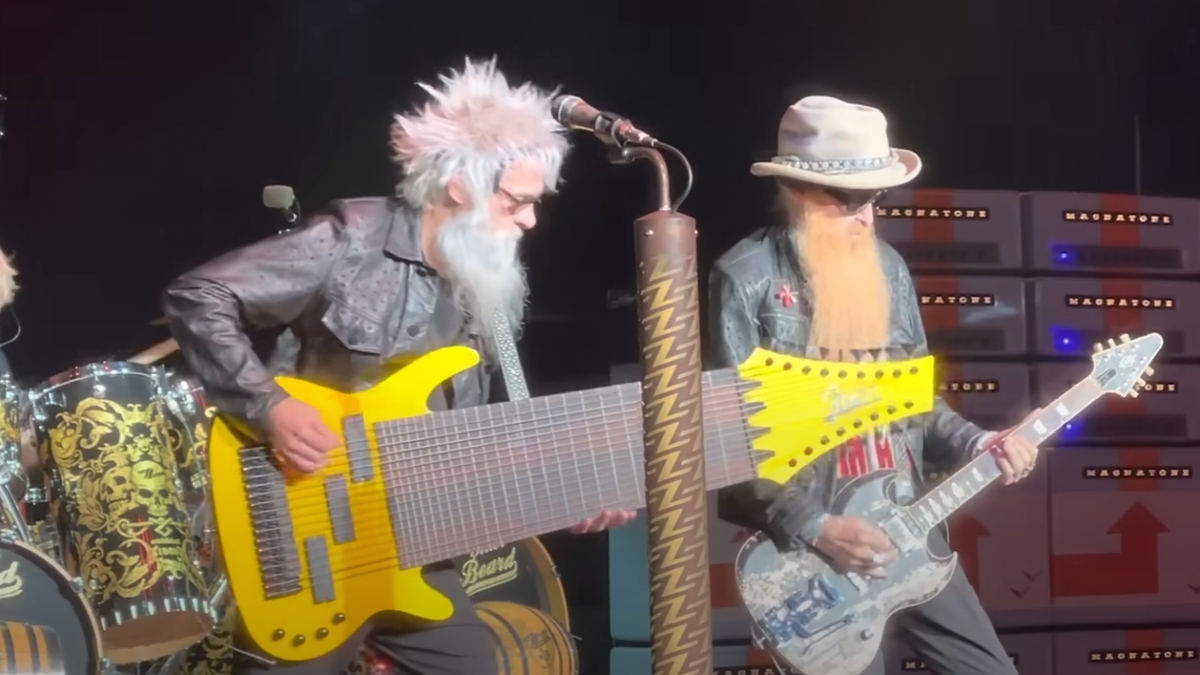 ZZ Top fans who attended the band’s concert in Huntsville, Alabama on November 5th were treated to an odd sight when bassist Elwood Francis broke out a massive 17-string bass for their performance of 1983’s “Got Me Under Pressure.” In an interview with Ultimate Classic Rock, Francis explained the oversized instrument was a late night impulse purchase that he forgot about until frontman Billy Gibbons brought it to the show.

“I was doing night internet searching [and] turned up a picture of this crazy 17-string bass,” Francis told UCR. “I sent a picture to Billy and we laughed about it and made some jokes about actually trying to use it.”

In “one of those ‘hold my beer’ moments,” Gibbons showed up with the bass “a few weeks later” after Francis “had forgotten about it.” And the rest was history.

Watch Francis’ performance with the 17-string bass via the fan-shot footage below.

Last year, Francis joined ZZ Top following the sudden death of Dusty Hill. He had been their longtime guitar tech, making him a natural fit for the band.

In July, ZZ Top released their latest album RAW, which was recorded when Hill was still alive. Their last studio album was 2012’s Futura. ZZ Top remains on tour in the US through December. Read our recap of a recent concert here, and grab your seats via Ticketmaster.

The White Lotus: Why We’re Really Worried About Tanya