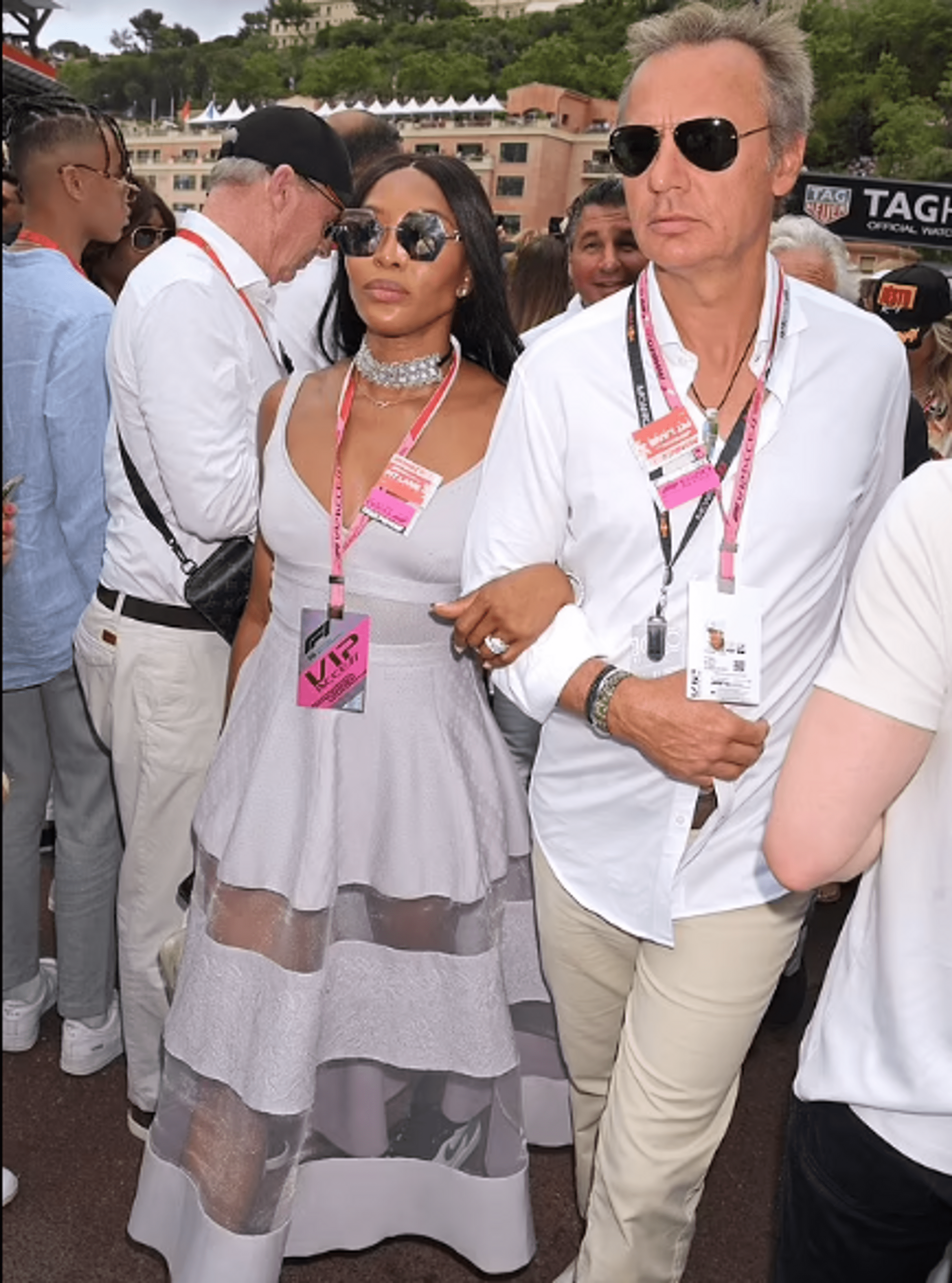 Naomi Campbell knows how to look stylish, and when she attended the formula 1 Grand Prix in Monaco on Sunday with billionaire businessman Ernesto Bertarelli , she did not change her tradition. The 52-year-old model sported a gray and pink maxi dress with a figure-hugging lace bodice and a full skirt with mesh inserts. It’s a $4,300 Alexander McQueen outfit. The supermodel completed the look with a pair of black and white Nike Dunk hi-tops and a dainty choker around her neck. Her dark locks were slicked back, and hexagonal sunglasses covered her eyes. For a walk, Naomi hung a white mini-bag on her arm.

Italian billionaire Ernesto Bertarelli gallantly supported the supermodel by the arm. He himself appeared at the races in a simple summer outfit of beige jeans and a white shirt. The entrepreneur completed his outfit with a pair of black sunglasses, a silver bracelet, and white sneakers.

Ernesto parted ways with Miss Bike Britain Kirsty Bertarelli last year and reportedly paid her $350 million in damages. This makes her the richest British-born divorcee in legal history. For comparison, the Queen’s personal fortune is estimated at about $365 million. Christie and Ernesto have three children together, and together they were ranked 14th on the Sunday Times Rich List 2021 with a fortune estimated at a staggering $11.5 billion — more than the gross domestic product of many countries, including the Bahamas, Brunei, and Armenia.

But this weekend, Naomi and Ernesto had a great time together at a racing event alongside stars like Heidi Klum and Elisabetta Gregoracci. And Naomi seemed to be enjoying the day: on arrival, she stopped to take some pictures of the track. Teams such as McLaren, Mercedes, Aston Martin, and Red Bull competed in this race weekend in Monaco. They completed 78 laps on a 3.337-kilometer track..

What to Wear to Pride This Year

‘Your Place Or Mine’ Trailer: Reese Witherspoon’s Netflix Rom-Com