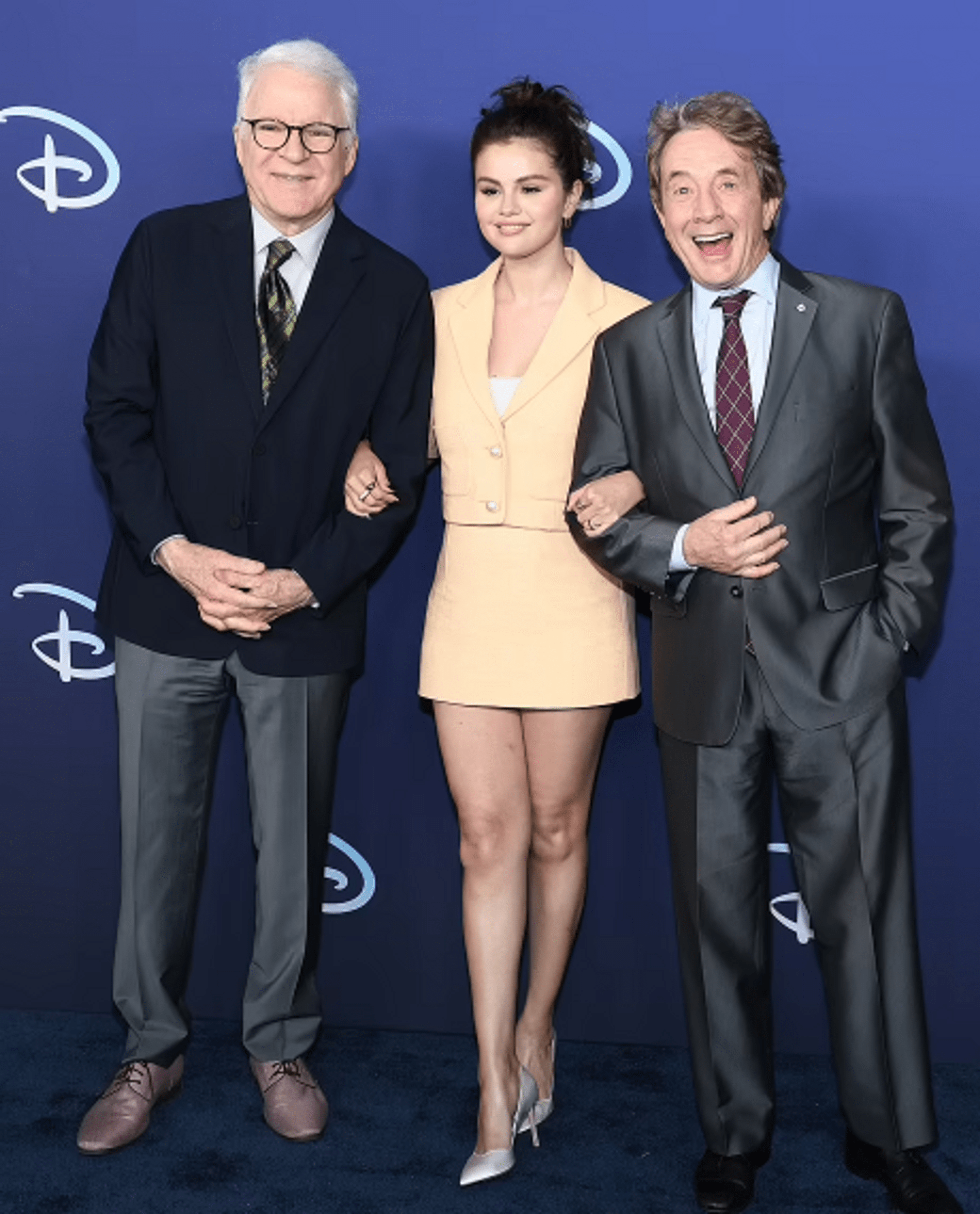 Selena Gomez in a miniskirt and creme brulee jacket and other stars at the presentation of Disney and ABC. Popular streaming platforms staged a presentation of the upcoming premieres of the season.

The stars of Disney and ABC TV shows took to the blue carpet at the Disney Upfronts event in New York last night. The 29-year-old star Selena Gomez posed for a photocall in a laconic suit of a short-sleeved jacket with large pearl buttons and a miniskirt; white pumps covered with satin fabric complimented the outfit. Selena presented the audience with the second season of the series with her participation in “Murders in the same building” in the company of colleagues on the show – Steve Martin and Martin Short.

Hilary Duff stepped out in a charcoal chiffon bodycon dress with a white daisy print and black heels. Kerry Washington showed off flawless legs to the public by appearing on the runway in a cream-colored mini dress decorated with an intricate pattern of beads and rhinestones.
Grey’s Anatomy star Ellen Pompeo looked chic in wide-leg navy blue trousers and a matching blouse, accessorized with aviator sunglasses.

It was reported earlier that 29-year-old Selena Gomez posted a photo on social networks in which she poses with a new hairstyle: a wavy bob with bangs to the eyebrows. It seems like the actress has finally embraced her curls and stopped pulling her hair out. She complemented her beauty look with natural makeup in peach tones with an emphasis on lips. Of course, the entire makeup was done using Selena’s own cosmetic brand Rare Beauty.

Gomez noted in the photo the stylist who is responsible for transforming her hair – he became the famous hairdresser Orlando Pita, who worked with Lady Gaga, Anne Here Way, Scarlett Johansson, and many other Hollywood celebrities.

Lupita Nyong’o to Star in ‘A Quiet Place’ Spinoff