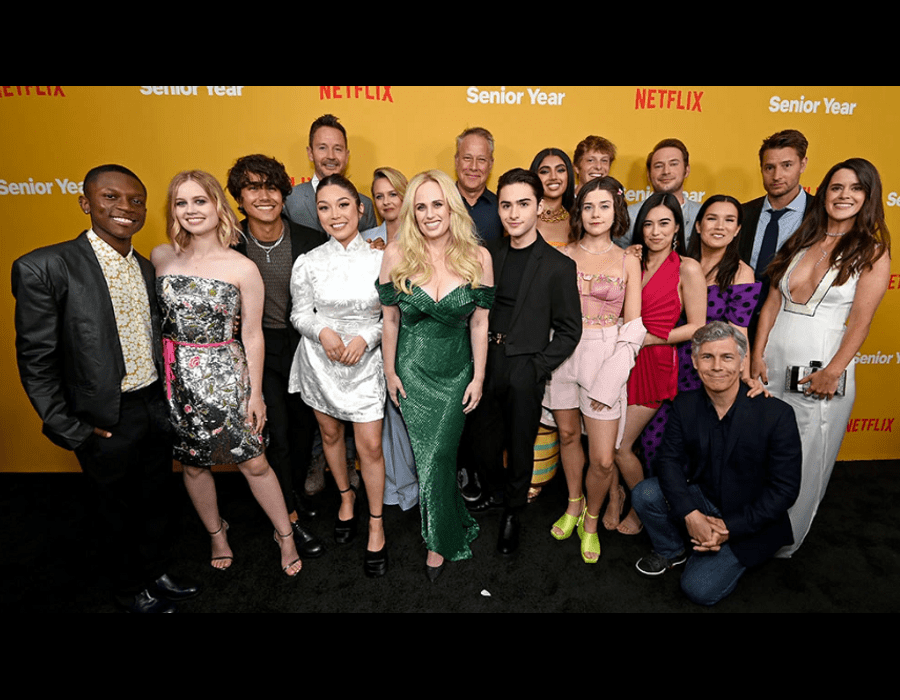 Unrecognizably thinner Rebel Wilson paired with the star of the TV series ‘ This Is Us ‘ at the premiere in Los Angeles.

The Australian actress, along with colleagues, presented a new comedy streaming platform Netflix to the public.

On Tuesday evening in Los Angeles, the streaming service Netflix hosted the film’s premiere screening, “Senior Year” (Senior Year). The leading actor Rebel Wilson and Justin Hartley went to the photocall together and happily posed as a couple.

The 42-year-old actress, who has lost about 35 kilograms over the past couple of years, chose a floor-length evening dress in the style of old Hollywood to go on the red carpet: an hourglass silhouette, shimmering emerald fabric, emphasized waist, open shoulders, plunging neckline. The look was completed with emerald green heels.

In late 2020, Rebel Wilson took himself seriously. She turned to a nutritionist, adjusted her diet, and began exercising regularly. Many fans believed that the reason for her rapid weight loss was the affair with the then-billionaire Jacob Bush, with whom she eventually broke up, but in fact, everything turned out to be much more prosaic.

Handsome Justin Hartley, 45, best known for Kevin Pearson  on  This Is Us, shone next to Rebel with casual elegance in a black suit over a pale blue shirt with a matching tie.

Senior Year is a nostalgic comedy about a 37-year-old woman who wakes up after twenty years in a coma and returns to the school where she was once a popular cheerleader. The film will be released on Netflix on May 13th.

Everything To Know About Gabriela Berlingeri – Hollywood Life