THE PERFORMANCE | “No one is getting out!”

Up until this point — or, more precisely, the close of last week, when Kino and “Keef” (Cassian) learned that Level 2 rioted and in turn got fried upon learning that a “freed” prisoner instead had been recirculated into the system — Kino had been a dutiful “company man,” keeping his crew in line as they steadfastly assembled Imperial whatchamacallits.

But having heard tell of the true nature of their sentences, and with more than a little nudging from Cassian, Kino with those five words put Unit 5-2-D on notice, that there was only “one way out” of this existence. By staging an escape. NOW.

After 5-2-D effectively overthrew their own room’s guards and then empowered neighboring units to do same, Kino and Cassian made their way to the command center, where Cass beseeched his brother-in-arms to use the PA system to rally the rest of their troops. Here, Serkis carefully tempered Kino’s tone, starting out with a rote recapping of the prisoners’ newly gained upper hand. But when Cassian taunted him, “Is that the best you got?,” Kino/Serkis infused the rest of the speech with a passion that could only inspire.

“Wherever you are right now, stop the work, get out of your cells, take charge and start climbing,” he instructed the Narkina 5 population, Serkis’ voice intensifying with every syllable. “We will never have a better chance than this, and” — echoing what Keef had said earlier — “I would rather die trying to take them down than giving them what they want. There are 5,000 of us! If we can fight half as hard as we’ve been working, we’ll be home in no time…. One. Way. Out!”

Throw in the sadly ironic moment at the end, where Serkis chose just the right smile and delivery to announce that Kino is unable to swim to freedom with the others, and you have a defining Andor performance. 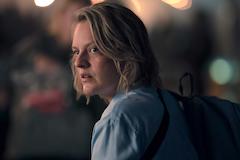 HONORABLE MENTION | Let’s start with an admission: We couldn’t make it through the end of The Handmaid’s Tale‘s Season 5 finale without pausing the episode a couple of times — that’s how effective, affecting and flat-out moving  Elisabeth Moss was in the scene. (Point of clarity: O-T Fagbenle kicked some emotional tush, too, but he’s already been named a Performer of the Week this season.) Every time we think we’ve seen Moss take June Osborne to her breaking point, she offers up some new insight on the embattled former handmaid. This time, we were hit hardest by the way Moss had June crumble after she stepped onto the train. The hand pressed over her mouth to stanch the silent weeping? The collapse against the wall when life was just too much to bear! And then the recouping of her spirit — for June’s daughter’s sake — as she faced the challenge ahead (and that giant surprise in the final moments). And Moss directed the episode?! Is there anything she can’t do? 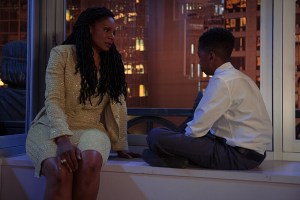 HONORABLE MENTION | In The Good Fight‘s series finale (read our recap), Liz Reddick’s young son began asking some tough questions about her late father’s sordid #MeToo past, and Audra McDonald navigated the emotionally complex material with heartbreaking subtlety and restraint. From her gutted reaction to Malcolm’s blunt query “Did Grandpa rape people?” to her beautifully nuanced delivery of, “Pop-Pop… did a lot of good things… but he also did bad things,” the six-time Tony Award winner flawlessly depicted a mother mourning her child’s loss of innocence. Later, as Liz’s colleague RiChard (Andre Braugher) offered a profoundly thoughtful psychoanalysis of the complicated legend that was Carl Reddick, we could see McDonald — with tears streaming down her face — absorb in real-time every painful, and ultimately healing, word. 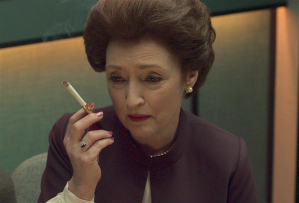 HONORABLE MENTION | The Crown‘s fifth season spent a lot of time on Charles and Diana’s contentious split, but in Episode 4, it turned its gaze to the equally heartbreaking fate of Elizabeth’s sister Princess Margaret, with Lesley Manville bringing magnificent depth to a woman looking back on her life and wondering if things could’ve been different. Margaret reconnected with her old love Peter Townsend, and their reunion was packed with bittersweet emotion as Manville glowed with the warmth of rekindled passion. But that passion turned to anger when Margaret unloaded on Elizabeth for forcing her to break up with Peter all those decades ago. She noted that Elizabeth’s own daughter Anne was allowed to divorce and remarry for love: “Her story ends happily. Mine did not.” The Crown always presents a royal feast of superb performances, and Manville’s portrait of an aging but still fiery Margaret was truly one to be savored.

Which performance(s) knocked your socks off this week? Tell us in Comments!

Celeb Pregnancy Announcements of 2023: Stars Who Are Expecting