After taking a timeout of sorts for its overturned Roe v. Wade episode, New Amsterdam will revisit the growing bond between Max Goodwin and Elizabeth Wilder in this Tuesday’s installment (NBC, 10/9c).

The Nov. 1 Roe v. Wade episode “actually goes back in time to July, when Max has just recently been dumped, left at the altar by Sharpe. So in Episode 7, there’s no feelings there [between Max and Elizabeth] because Max is still grieving over Sharpe,” showrunner David Schulner explains. “We couldn’t advance any relationship in Episode 7,” including Iggy and Martin’s separation, “because it happened earlier than where we are now in our timeline. So Episode 7, there’s no growth for anyone’s relationship.” 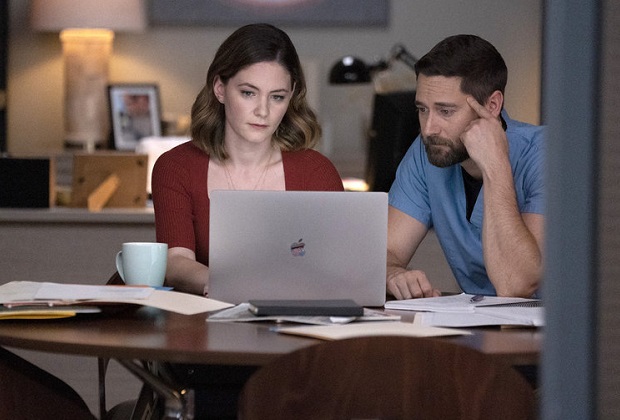 Elizabeth and Max in Episode 8

However, that all changes with this week’s hour, because going forward, “there are some sparks happening between all of our characters and their relationships, without a doubt,” Schulner says.

And that includes Max and Elizabeth, who have become good friends (and possibly something more?) this season. “Their roads are going to collide in Episode 8,” Schulner teases.

As Max attempts to potentially move on, viewers will “absolutely” see him struggle to navigate what he feels for Elizabeth with what he might still feel for his ex-fiancée Helen Sharpe, much like he “struggled with [his wife] Georgia’s death and his feelings for Sharpe,” Schulner says. “Life isn’t neat enough to have complete stops and starts, whether it’s in your personal life, your romantic life, your professional life. Everything bleeds into the next.” 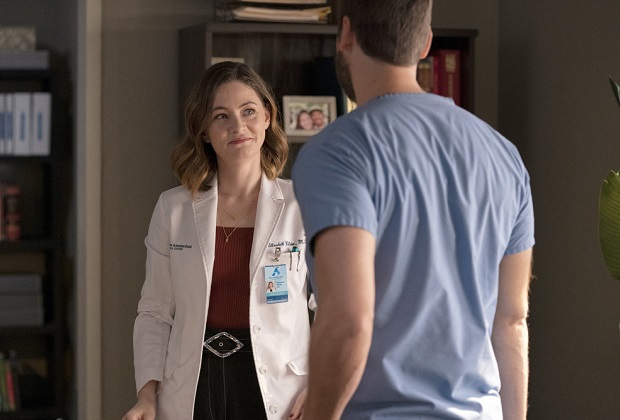 Elizabeth and Max in Episode 8

Ever since Max and Helen’s breakup, it’s been difficult not to notice how much time Max has been spending with Elizabeth and the loaded looks between the two. But the chemistry the pair share hasn’t come as a complete surprise to Schulner.

“We always joke in the writers’ room, [in Season 2], Max has a scene with his diabetes patient at her bedside, where he says, ‘We found you insulin.’ Ryan is the most charming actor in the world. There was chemistry between Max and his diabetes patient. When you’re looking in Ryan’s eyes, the camera falls in love with him,” Schulner shares with a laugh. “The karaoke scene in Season 4 when Max was telling Wilder that he was going to propose to Sharpe, there was chemistry between Max and Wilder! We knew it was there.”

That said, Max’s ex may not be totally out of the picture, even though her portrayer Freema Agyeman exited the series at the end of last season. Schulner recently told to TVLine that there are “way more [surprises] to come” for “Sharpwin” ‘shippers.

“When I say you haven’t seen the last of Helen Sharpe and Freema, I mean it,” he added.

Sort Of Season 2: Everything to Know about the CBC Show's 2nd Season

Jeremy Renner Shares Photo and Update From His Hospital Bed

‘The Last of Us’ Premiere Offers Post-Apocalyptic Heartbreak & Hope (RECAP)