We’ve got questions, and you’ve (maybe) got answers! With another week of TV gone by, we’re lobbing queries left and right about lotsa shows including SEAL Team, The Handmaid’s Tale, The Crown and The Good Fight!

1 | In Manifest Season 4’s early episodes, what about Saanvi’s career as a medical researcher made her capable of identifying/analyzing/separating the sound frequencies emanating from 828’s black box?

2 | Were you at all surprised it took just 90 seconds for Lopez vs. Lopez to feature “Low Rider“? And is there any particular reason why all of George Lopez’s sitcom BFFs are named after Sesame Street characters (first Ernie, now Oscar)?

3 | Did SEAL Team‘s Clay and Stella making big plans for the future set off your, “Oh damn, he’s totally about to die” radar?

4 | Wasn’t The White Lotus‘ Greg dying of a terminal illness at the end of last season…? Whatever happened to that? And for a luxury resort built out of a stone convent, aren’t the walls proving to be awfully thin?

5 | Shouldn’t that nanny on Sunday’s FBI have slipped out of the house while calling 911? Instead of approaching the intruder?

6 | Why was a significant part of NCIS: Los Angeles‘ Oct. 30 episode about Raymond meeting the perfect caretaker, only for this week’s episode to reveal that it didn’t work out? 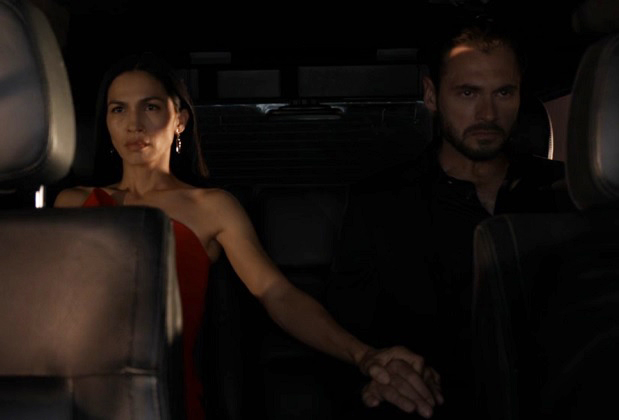 8 | Were you relieved to see that The Cleaning Lady‘s Thony wasn’t appalled by what Arman did, but instead comforted him in the car? And do those two have the best Unresolved Sexual Tension (UST) currently on TV?

9 | When the pack of wolves showed up on Quantum Leap, was your first thought, “La Brea crossover!”?

10 | WWE Raw fans, with two slots open on Bianca Belair’s team for Survivor Series: War Games on Nov. 26, do we think Sasha Banks and Naomi will claim them?

11 | Did Ian Anthony Dale’s abrupt-ish arrival on The Resident — and his character’s pre-established rapport with Billie — make you think you’d missed an episode where he was previously introduced?

12 | Are we imagining sparks between The Oval‘s Allan and Dale, or do you see them, too? 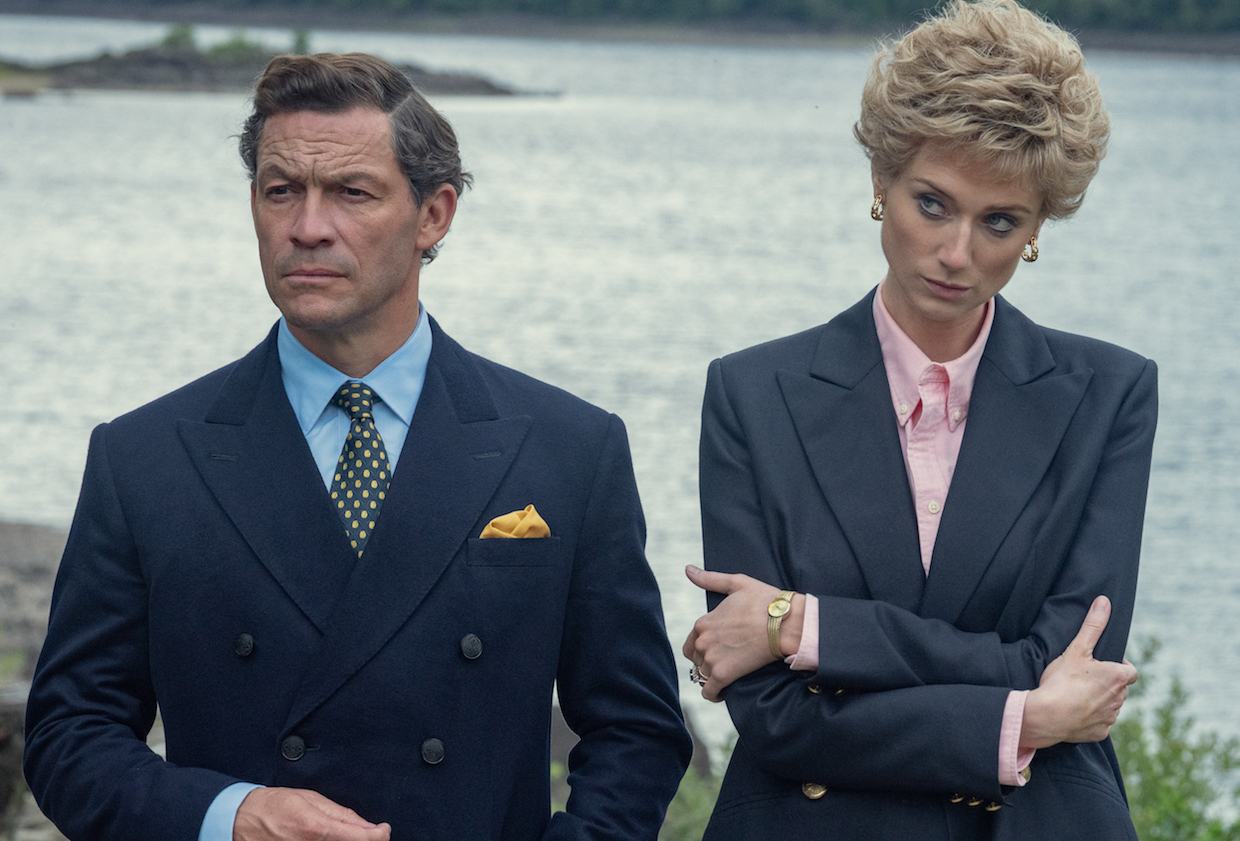 13 | The Crown fans, which is more jarring: how much Elizabeth Debicki looks like Princess Diana, or how much Dominic West does not look like Prince Charles? And we seem to get at least one of these every season, but did we really need a whole episode dedicated to Dodi al-Fayed’s father Mohamed and his valet Sydney?

14 | In the Handmaid’s Tale season finale, weren’t you surprised that June escaped that truck attack with just a broken arm?

15 | Even though Chicago Med‘s Will and Hannah dated before and saw each other naked plenty (as she pointed out), should they really have gone into the decontainment shower together? They are at work, so doesn’t it seem unprofessional?

16 | Did we miss a scene, or has no one on Stargirl realized yet that the art teacher is dead…? 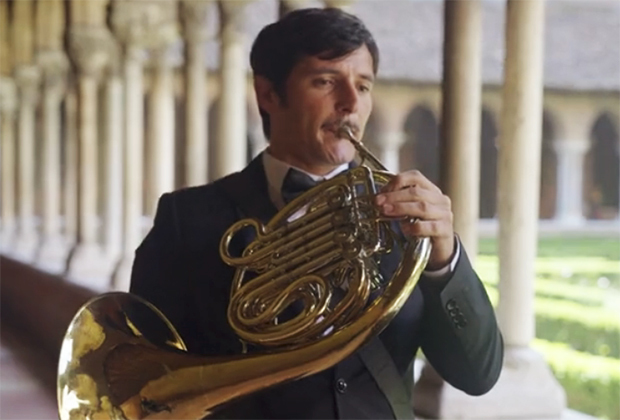 17 | Are we absolutely positive that this Amazing Race French horn player wasn’t Pedro Pascal?  Will next week’s impending megaleg finally be the nail in the coffin for the injured Emily and her long-lost sister? And with only three legs to go, which duo are you placing your bets on?

19 | For someone who won Survivor based on her social prowess, was Michele’s choice to not throw Bananas and Nany into elimination one of the worst plays in The Challenge history? And shouldn’t Colleen and Kim have been allowed to speak German during the elimination? In a task requiring a high level of communication, it seemed like they were at a disadvantage from the jump.

20 | In The Good Fight‘s series finale, did the head of the NRA really think he’d get a sympathetic ear about Kurt’s resignation from staunch gun control advocate Diane? And were you disappointed that so much of the otherwise satisfying swan song got eaten up by the grating Felix Staples?

21 | On Young Sheldon, what are the chances Mr. McAllister’s tire shop eventually becomes the site of Georgie’s first Dr. Tire store? And if Steve Burns’ Nathan did in fact go ahead and steal a bunch of stuff from King Kong Comics, wouldn’t Missy, who was supposed to stay late, be on the hook for whatever was taken?

22 | On Ghosts, did Sam’s brief (but very good) impression of Flower remind you of Rose McIver’s iZombie days and make you wish the CBS comedy gave her more to play with? 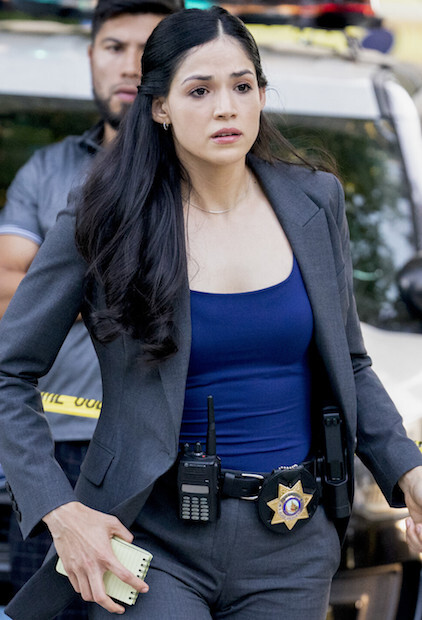 24 | Which Grey’s Anatomy couple is more overdue to break up — Nick and Meredith, who took a job in Boston without even mentioning that she was considering one to her significant other (who’d just moved to Seattle for her!), or Winston and Maggie (who doesn’t appreciate his willingness to prioritize their marriage over his career)? Also, though Mer is relocating for Zola’s sake, wouldn’t the acting chief have gotten at least some of the push-back from her colleagues that she did when she was planning to move to Minnesota? Finally, isn’t it kinda surprising that the whole fall-finales electrical storm didn’t zap a single regular on either Station 19 or Grey’s?

Hit the comments with your answers — and any other Qs you care to share!

Is The Illuminati Real? | Perez Hilton

Howard Gordon on Accused, Rediscovering Human Vulnerability, and Moving People Through his Writing

OFFICIAL TRAILER & POSTER : FIRENADO – From the makers of WINNIE THE POOH : BLOOD & HONEY