“Whoever has this technology can do anything.” Paramount Pictures has finally revealed an official trailer for Secret Headquarters, a superhero action comedy from the filmmakers Henry Joost & Ariel Schulman (known for Catfish, Paranormal Activity 3 & 4, Nerve, Viral). This was originally set to open in theaters, but will instead be streaming directly on Paramount+ in August. Young Charlie Kincaid discovers a secret headquarters under his home that seems to belong to a powerful superhero. He shares it with his friends, and they start to believe that his estranged father might have a secret double life. When villains attack their home, they must team up to defend the headquarters. The film stars Walker, Scobell, Jesse Williams, Keith L. Williams, Momona Tamada, and Michael Peña, with Owen Wilson as Charlie’s father. It’s also produced by Jerry Bruckheimer, which means they spared no expense on the action. This definitely looks like it’s trying to be a new Spy Kids movie, with generic kid comedy and cheesy VFX galore. Have fun. 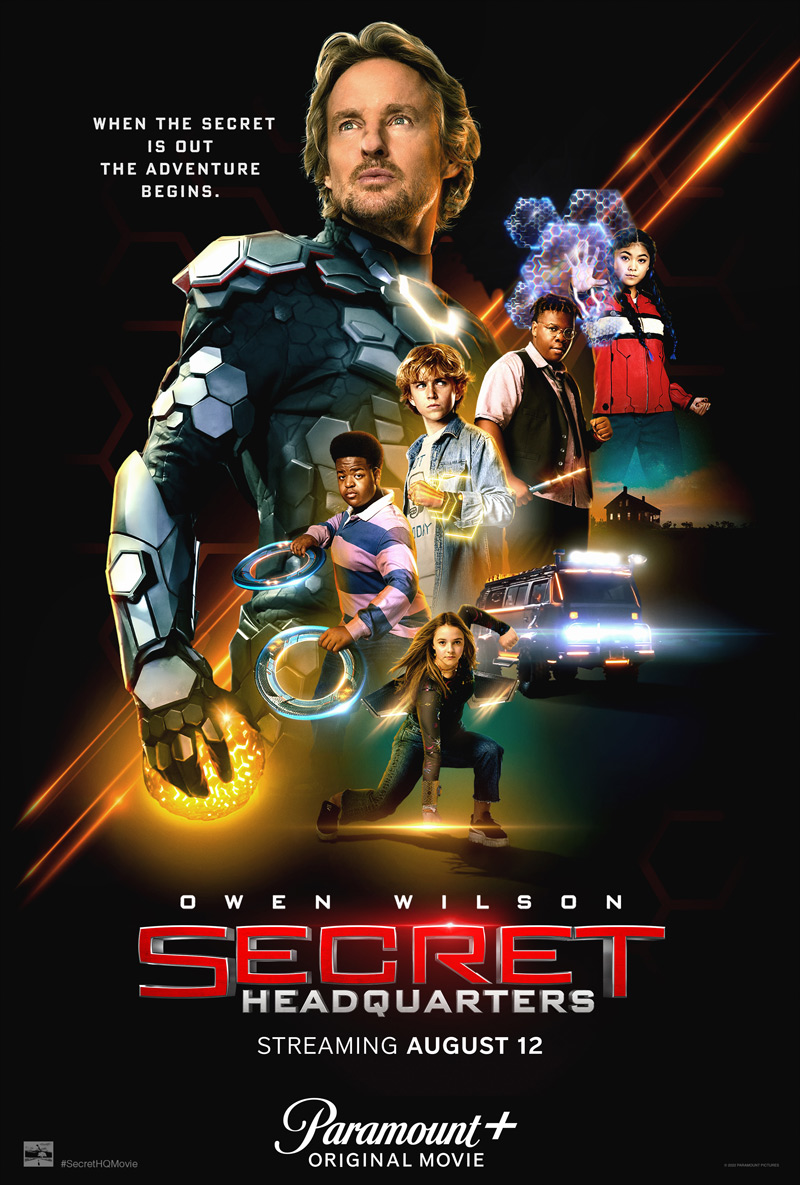 While hanging out after school, Charlie (Walker Scobell) and his friends discover the headquarters of the world’s most powerful superhero hidden beneath his home, suspecting that his estranged father might have a secret double life. When villains attack, they must team up to defend the headquarters and save the world. Secret Headquarters is co-directed by talented filmmakers Henry Joost & Ariel Schulman, who broke out with the doc Catfish, then directed the feature films Paranormal Activity 3 & 4, Nerve, Viral, and Project Power previously. The screenplay is written by Josh Koenigsberg, Henry Joost & Ariel Schulman; from an original story by Christopher L. Yost. Produced by Jerry Bruckheimer and Chad Oman. Paramount debuts Secret Headquarters streaming on Paramount+ starting August 12th, 2022 this summer. Anyone?