“With arbitrary codes used to justify toxic behavior, his characters are shown to be, simply, performing masculinity.” There’s a new film written & directed by English filmmaker Martin McDonagh playing in theaters now called The Banshees of Inisherin. It’s his fourth feature so far, and one of his best yet, with critics raving about it ever since the Venice Film Festival premiere a few months ago. In celebration of the release of Banshees, Little White Lies commissioned writer Will Clempner to make a video essay examining How Martin McDonagh Deconstructs Masculinity. This video focuses specifically on his acclaimed feature debut, In Bruges, which opened in 2008, and also co-stars Colin Farrell and Brendan Gleeson. These three reunited to make The Banshees of Inisherin, which is why there is a link between the films. Both are about stubborn men refusing to grow up, resulting in more violence. Listen to the analysis from Will below. 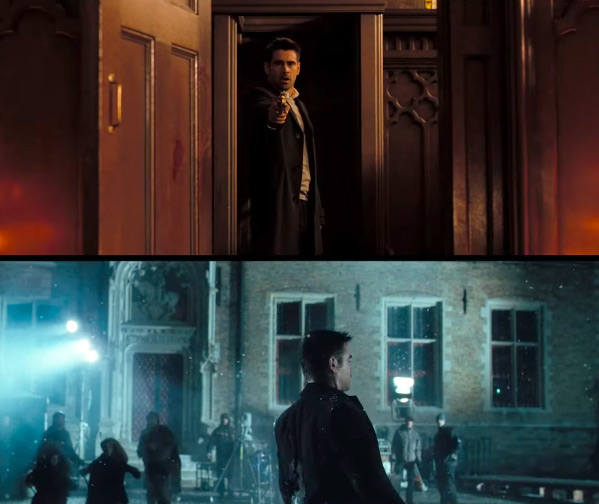 Thanks to Little White Lies for the tip on this one. Brief description from YouTube: “To mark the release of The Banshees of Inisherin, which reunites Brendan Gleeson and Colin Farrell, writer Will Clempner looks at how director Martin McDonagh deconstructs masculinity in 2008’s In Bruges.” This video was edited and created by British film critic / writer / video editor Will Clempner (aka Will Sebastian Clempner) – made for the Little White Lies video channel. For more of his video essay and to hear more from him, follow Will on Twitter @WillClempner. You can also view a few more Will’s creations on his official website. He recently wrote and premiered a short film for BBC called Solitaire. He is also the co-host of a podcast called Can We Just Ask – on IG @canwejustask. For more video essays on cinema, click here. We post videos essays from Little White Lies often, including Transformation of Bill Murray. What do you think of McDonagh’s films?

The 18 Best Beauty Products to Buy This Cyber Monday

Listen to the CORPSE CLUB Discuss Their Favorites of 2022 and Anticipated Genre Releases of 2023, Including EVIL DEAD RISE, RENFIELD, TERRIFIER 2, BARBARIAN, and More!

The Associates’ Alan Rankine Dies at 64