“I can’t talk about it, but I’m on a secret mission.” Blue Fox has debuted a new official US trailer for the film The Railway Children Return, which already opened in the UK back in July. It’s now opening in the US in late September. It’s a “sort of sequel” / remake of the 1970 British film The Railway Children, about three children who move with their mother to Yorkshire. Jenny Agutter returns to her role as Bobbie from the original and is joined by Sheridan Smith, Tom Courtenay, and John Bradley. This one also follows a group of children who are evacuated to a Yorkshire village during the Second World War (to keep them safe from bombings), where they encounter a young American soldier who, like them, is far away from home. The cast of children also includes Beau Gadsdon, Eden Hamilton, Zac Cudby, KJ Aikens, Austin Haynes. It’s described as “enchanting, moving, and heart-warming adventure for a new generation.” The US release has taken “Return” out of the UK title and is going with simply Railway Children, which works because most US audiences probably don’t know the original film. Already a hit in UK cinemas this summer. 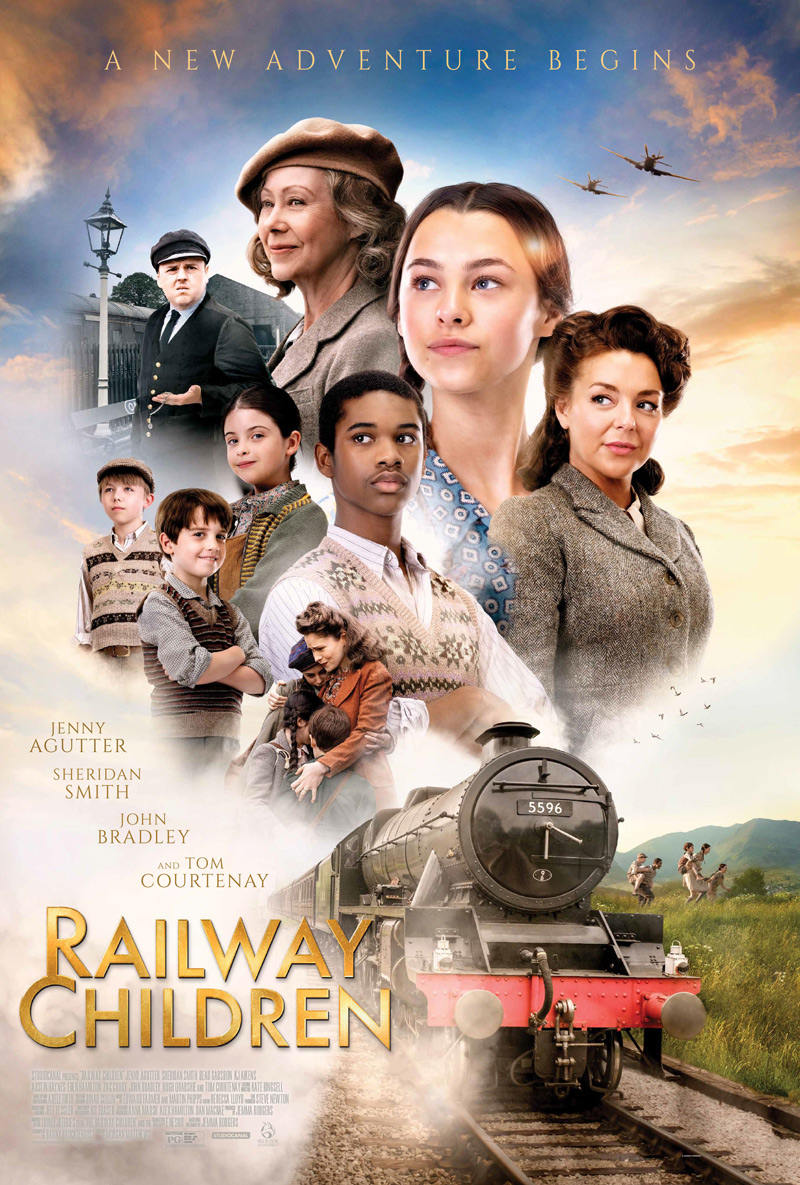 You can rewatch the original UK trailer for The Railway Children Return here, for even more footage.

1944. As life in Britain’s cities becomes increasingly perilous, 3 evacuee children – Lily (Beau Gadsdon), Pattie (Eden Hamilton), Ted (Zac Cudby) Watts – are sent by their mother from Salford to the Yorkshire village of Oakworth. There to meet them on the station platform are Bobbie Waterbury (Jenny Agutter, reprising her iconic role in the original film), her daughter, Annie (Sheridan Smith) & grandson Thomas (Austin Haynes), and with their help the evacuees are soon settling into their new life in the countryside. When the children discover the injured American soldier Abe (KJ Aikens) hiding out in the railyard at Oakworth Station, they are thrust into a dangerous quest to assist their new friend who, like them, is a long way from home. The Railway Children Return is directed by British producer / filmmaker Morgan Matthews, director of the feature film A Brilliant Young Mind previously, plus lots of other TV movies. The screenplay is written by Daniel Brocklehurst, inspired by the original film by Lionel Jeffries. Studiocanal has already released The Railway Children in UK cinemas back in July this summer. Blue Fox Ent. will release the film in US theaters starting on September 23rd, 2022 coming soon. Anyone still want to watch this?

In The Most Recent Issue Of Vogue Hong Kong, Brooklyn Beckham And Nicola Peltz Talked About Their Relationship

Black Adam Trailer 2 Teases the Next Chapter of the DCEU