“Your journey has come to an end… everything around you will become dark!” The iconic Film Society at Lincoln Center is launching an incredible retrospective this week looking back at the career of Italian horror mastermind Dario Argento. He has been making iconic genre films since the 1970s. They will be showing 20 of his films on the big screen over the next few weeks, which just sounds glorious. “The retrospective will pay homage to Argento’s singular voice in horror cinema, from his seminal debut feature The Bird with the Crystal Plumage, widely regarded with popularizing gialli internationally, and other unforgettable contributions to the subgenre including: Deep Red, Tenebrae, and Opera; to his masterful paranormal-tinged Phenomena, as well as his supernatural ‘Three Mothers Trilogy’: the wildly influential Suspiria, 35mm screenings of Inferno, and Mother of Tears; underscreened gems like Trauma, The Stendhal Syndrome, The Black Cat, and Dracula 3D, as well as his made-for-television feature Do You Like Hitchcock?” There’s a terrific new trailer they’ve cut for this retrospective event – you can watch it below.

Trailer for Film at Lincoln Center’s Beware of Dario Argento: A 20-Film Retrospective, on YouTube:

I don’t know about everyone else, but I’d love to go watch every single one of these on the big screen. Even if you find Argento disgusting or upsetting, there’s something strangely alluring about his work. It’s thought-provoking, eye-opening, provocative cinema that will make you squirm and sometimes that’s a good thing. 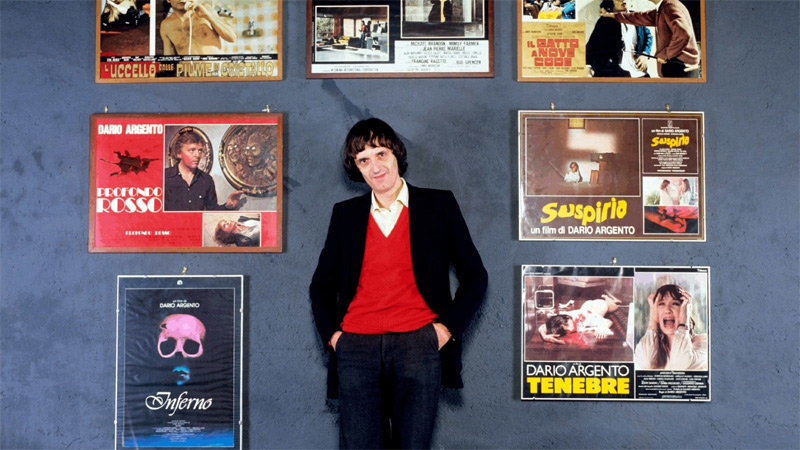 Intro from Film at Lincoln Center: Ever since his heart-stopping directorial debut in 1970, Dario Argento has been redrawing the boundaries of cinematic horror with flamboyant violence, feverish plotting, and deliriously stylized compositions. Initially associated with giallo, the pulpy Italian subgenre he helped formalize and would later take to unprecedented heights with his international breakthrough, Deep Red (1975), Argento embraces a gamut of fantastical influences—from sublime Gothic art and penny dreadfuls to Murnau, Hitchcock, and Disney—with his distinctively baroque style of disorientating cinematography, stained-glass colorwork, and elaborate musical scores (often composed by his own rotating house group, Goblin). Film at Lincoln Center’s new retrospective series will begin screening in New York City starting on June 17th – running through June 29th this summer. For the complete listing of films and schedule, visit their official website. Argento himself will appear in person at a few of the screenings. Who wants to watch?

‘Only Murders in the Building’ Season 2 Release Date, Trailer, Cast, News and Spoilers

Britney Spears Confirmed Her Brother Wasn’t Invited To Her Wedding

Britney Spears Confirmed Her Brother Wasn't Invited To Her Wedding

Forever Young goes on tour in NYC and LA