“OFFF’s brief was simply the theme of the festival. ‘Misfits.’ One Word. Who doesn’t love a brief like that? So, we went all in.” This vibrant, energetic short film is a quick watch and is worth your time if you need a rejuvenating jolt of inspiration. Repeater is a short film made by the VFX studio called Carbon, and it was created as the title film at the OFFF Festival in Vienna. This starts out pretty tame, but quickly descends into full-on psychedelic, acid trip beauty. It’s all about being one-of-a-kind and learning how to express that uniqueness into the world instead of hide it. I would watch more of this story go on!! It has barely even 4 minutes of footage but it’s mesmerizing. It’s a showcase for Carbon and what they can create, but it’s also a creatively stirring little film about bucking the trends and making something magical in your own way. I can’t help wondering after watching this if that big magic mushroom at the end is a wink about psychedelics. 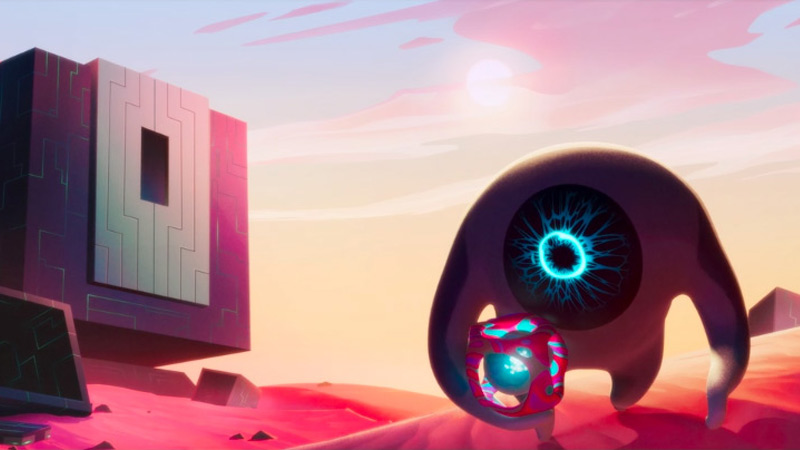 Thanks to Vimeo Staff Picks for the tip. The full intro: “‘Repeater’ is the story of a world in which creatures speak in symbols and can turn those symbols into realities. A ruling class of Sayers forces Repeaters to only speak in squares, creating endless cubes with which the Sayers can build their own towers. One Repeater, banished from their tower for creating a forbidden anomaly, wanders the wastelands and discovers a band of misfit rebels in the midst of a wild ceremonial ritual. Joining them, they discover the true potential of these forbidden forms to change their world.” Repeater is written and directed by Ian Bradley, “conjured and crafted” by Carbon VFX. Ian Bradley is their Creative Director – see more of their work on the Carbon website. With music and sound design by Antfood. This was initially created as the title film for the 2022 OFFF Festival in Vienna. For more info on the film, visit Vimeo. To view more shorts, click here. Thoughts?

Ozzy Osbourne Swore Off Taking Acid After Talking to Horse

Ozzy Osbourne Swore Off Taking Acid After Talking to Horse

The ‘She-Hulk’ Premiere Was Originally the Season Finale