“He has a passion for art, but a love for protests.” Madman Films in Australia has revealed a trailer for a documentary film called You Can Go Now, from filmmaker Larissa Behrendt. Covering fifty years of First Nations activism in Australia through the lens of contemporary artist and provocateur Richard Bell. The film recently premiered at the 2022 Adelaide Film Festival in Australia, with no international release or premiere confirmed yet. The festival adds more context to the story of Bell: “Through this collaboration with Emory Douglas, a Black Panther known as the ‘Revolutionary Artist’ Bell’s work links the fight for rights in Australia and the U.S. He has profoundly challenged the Australian art world with his scorching manifesto, Bell’s Theorem [more here], that labelled the Aboriginal Art industry as ‘a white thing’ defined by colonial power structures that profit most from it. At a time when Australia is contemplating voice, truth and treaty, Bell’s ideas cannot be ignored.” Seems like a fascinating & empowering story of fighting racism through art.

Here’s the official Australian trailer for Larissa Behrendt’s doc You Can Go Now, direct from YouTube: 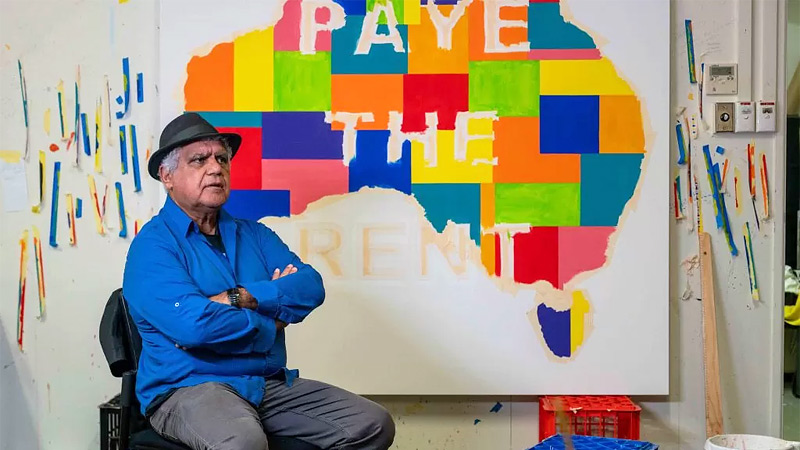 You Can Go Now looks at the life and provocative work and writings of First Nations artist, Richard Bell. The film reveals the “two Richards” – “Richie” the provocateur and enfante terrible of the art world who challenges its whiteness, and the Richard who spent his childhood living in a tin shed, learnt his politics on the streets of Redfern and is known in his own community as an “activist”. His polemics and creative outputs provide a lens through which to consider the last 50 years of First Nations activism in Australia and its links to global protest movements. You Can Go Now is directed by Australian writer / filmmaker Larissa Behrendt, director of the doc films Innocence Betrayed, After the Apology, Maralinga Tjarutja, Araatika: Rise Up!, and Warriors on the Field previously. It’s produced by Charlotte Wheaton, Josh Milani, and Nick Batzias. This recently premiered at the 2022 Adelaide Film Festival. Madman Films will debut Behrendt’s doc You Can Go Now in Australian cinemas sometime in 2023. Stay tuned for more.

The Resident Round Table: A Timely Case, HODAD's 'Return' & The Sullivans' Secret!

Watch the Weeknd’s New Video for “Is There Someone Else?”