After a night of drinking, three friends’ decision to investigate a rural legend may have deadly consequences in Swumpwater, a short film written by Cullen Bunn and Heath Amodio, and directed by Christian Fescine. Premiering on June 17th at Tremendicon, with a YouTube release to follow, we have all the details on this short film you won’t want to miss!

Pop Films and Hustle and Heart Films announced today the upcoming release of SWUMPWATER, a short supernatural horror film. Written by Cullen Bunn and Heath Amodio, Swumpwater is the tale of three down-on-their-luck friends who, after a night of drinking, decide to chance fate in pursuit of a rural legend. In the dark of night, deep in the woods, they face mysterious forces that could either grant them good fortune or kill them in a horrible fashion.

Swumpwater will premiere on 6/17/2022 at Tremendicon (https://www.tremendicon.com/) in Springfield, Missouri. Immediately following the premiere, the short film will be released on Pop Films’ YouTube channel (https://www.youtube.com/channel/UCF4Y2-uWQ3zISm8ogheKK2g).

Cullen Bunn and Heath Amodio have collaborated on comic book projects such as The Heathens (AfterShock Comics). Together, they founded Hustle and Heart Films with a mission of working with creators to bring their visions to life through the comic book, television, and feature film mediums.

“I’ve always been impressed by the work that Pop Films does on their short films,” said Amodio. “Cullen and I really wanted to write something for them, and we couldn’t be more excited about how it turned out.”

Pop Films LLC is a full-service Video Production Company dedicated to creating unforgettable films for a wide range of clients and different industries. They have produced a number of other short horror films, including Annex, Dead County, and Sucker.

“Shooting Indie Horror in Pennsylvania for several years, we’ve produced 13 short films and have a feature under our belt,” said Everett Lauster of Pop Films, “but we have been looking to work with creatives in our genre.We were introduced to Cullen and that night were ecstatic going through multiple log lines trying to find the right project based on location and budget. Swumpwater stood out to us, the story felt nostalgic, like the kind of horror we grew up watching.”

Swumpwater stars Guy Lemonnier, Everett Lauster, John Dalessio, and Kayla Orben. It is produced by Cullen Bunn, Heath Amodio, Christian Fescine, and Everett Lauster. This is the first project developed by Hustle and Heart and Pop Films, but there is potential for more.

“When Heath came to me with the idea of doing a short horror film,” said Bunn, “the wheels started turning and they haven’t stopped yet. Horror is, after all, where my heart is. We worked together to develop several ideas, and we sent a handful to Pop Films. There were a number of options, but Swumpwater rose to the top as everyone’s favorite for this first outing. I have a feeling we’ll be working together again.” 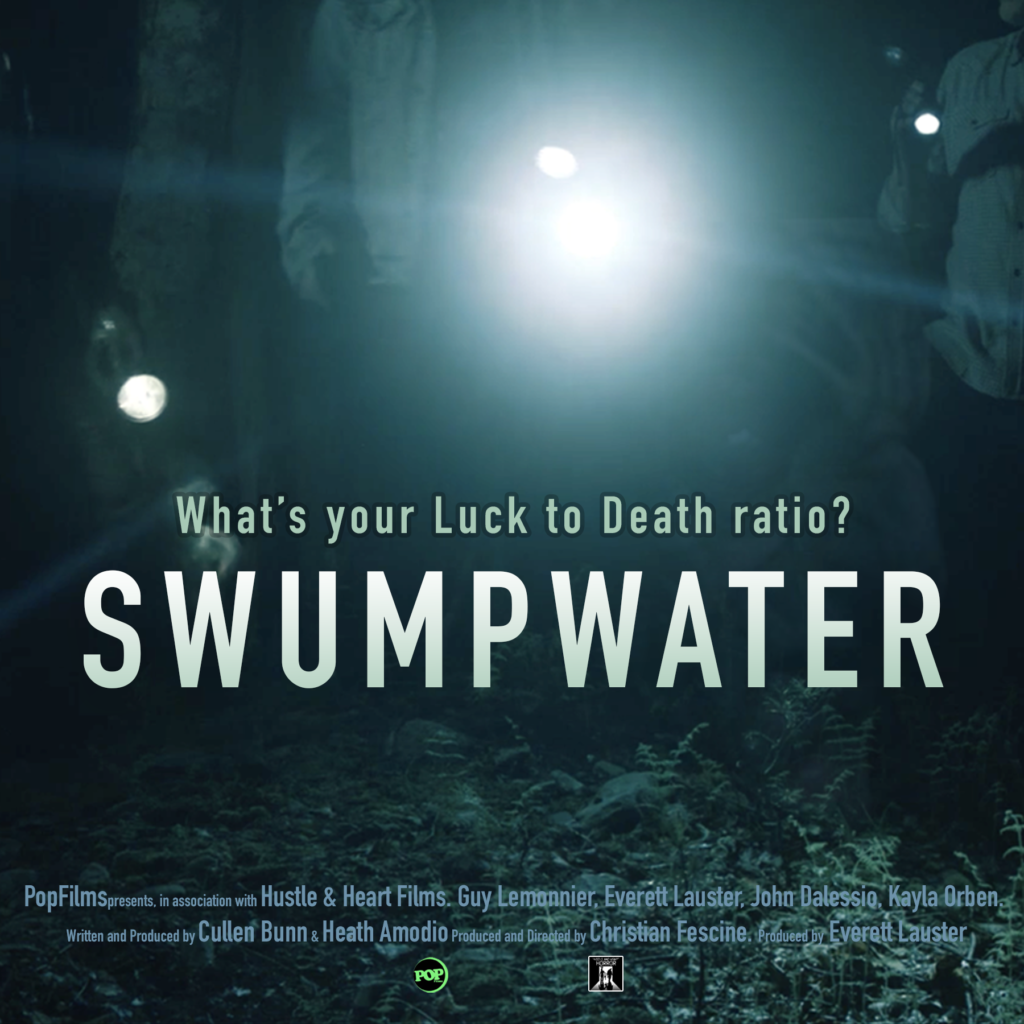 Why Pete Davidson should win the Best Supporting Actor Oscar