I see you Shudder! 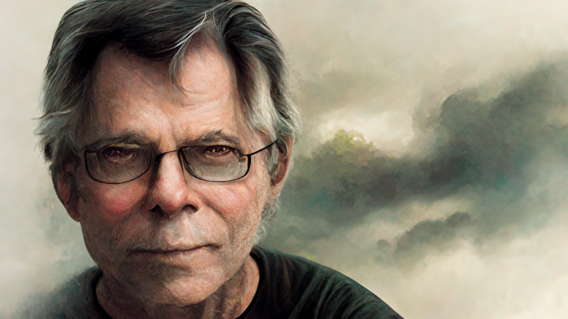 Shudder dropped a bunch of Stephen King movies to help us end this summer on a terrifying note. The site has so much of Uncle Stephen’s work that they created a category for him under their collections section. Because we knew others would want to join in as “Shudder salutes the king of horror,” we figured we should direct you to what’s waiting for you on the beloved streamer.

We all grew up reading Stephen King, and most of these titles are as familiar to us as our student loan debt. However, I’m very excited to finally get the chance to check out Needful Things. It was one of my favorite King novels as a kid, and I keep threatening to revisit the book as an adult. Because I can never find the movie streaming, I had almost given up on ever seeing it in this lifetime. So, I was happy to see Shudder on the court with the assist. Is that sportsball talk? Did I nail it? I’m looking forward to crossing this one off my list and rereading that epic book.

As a kid, I believed Creepshow was one of the best anthologies to ever happen. I have not seen it in a very long time, but I still believe that it is easily top three or four. I am pretty giddy to open Shudder and see if it hits the way it used to. Also, here for the option to watch the sequel, Creepshow 2, which I barely remember. As a kid that always had a Stephen King novel in her secondhand Lisa Frank backpack, I’m a very enthusiastic “constant reader” and am going to want this closure.

While I am bummed about the new version of Salem’s Lot getting pushed back, I’m happy the original is available on Shudder. I vividly remember powering through this novel as a kid so I could watch the ‘82 version on TNT. For all of my history with Stephen King, it is still weird that Salem’s Lot was the first novel I completed. I am looking forward to revisiting this film as an adult with less energy and adrenaline from staying up all night to finish the book in time to watch the film. Those were the days. It was before I became a pretentious kid that did not know film could differ from the source material, and I was just trying to see vampires.

As part of the collection, Shudder also included their originals A Creepshow Animated Special (2020) and Creepshow (The Series). Both are based on the anthology that creeped us out as kids. They also serve to fill the Stephen King-sized hole some of us are going to have when we are done zipping through these familiar faces.

As for me, I think I am going to start with Misery and pay my respects to James Caan. Watching him and Kathy Bates in this tense two-hander never gets old. Let me know what film from this Stephen King selection you are most excited to see at @misssharai.

Kylie Hits Back at Troll Who Made Fun of Her Lips: ‘Go Off’

Formula Fig Opens Up in Toronto

Formula Fig Opens Up in Toronto

Rock + Metal Bands Who Don’t Have a Bassist

Queen Elizabeth’s Death Truly Marks The End Of An Era