It’s stomping to a screen near you. 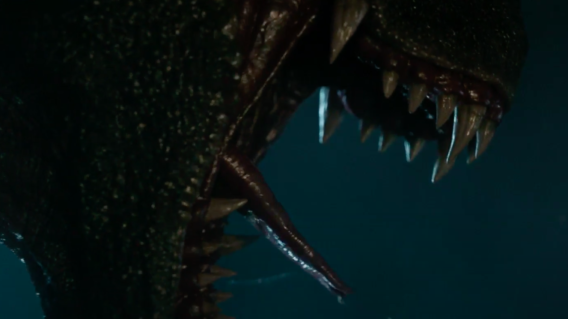 Japan gave us Godzilla. Korea gave us The Host. Now, Thailand is throwing their hat into the kaiju ring with the upcoming monster movie The Lake.

When a mysterious monster rises from the Mekong River and attacks Bueng Kan, it cuts people off from the outside world. Officials and people in the area, including Chinese scientists who accidentally came to conduct research in Thailand, must be mobilized to catch this monster before it’s too late.

Watch the monstrous trailer for The Lake below:

The Lake director Lee Thongkham said of the film:

This movie will bring back the nostalgia of when we first loved the original monster movies with animatronics and puppets. But the most exciting thing about this movie is watching this monster movie with 40% CGI. You will feel the real and spectacular scope and scale from Thai cinema. The realness of the monster stomps. The realness of our monster roars and so forth.

This monster genre has been used in so many territories. But what makes our monster stand out from the rest is that it is real and it has a unique ability which we can’t give out the main plot point. But be assured that there will be a reason why we chose to use animatronic gigantic monsters in the story.

Epic Pictures is an investor and global sales agent, excluding Asia but including Korea. A Thai-Chinese co-production, The Lake is a Hollywood Thailand film and produced by Watson Boy Homsangpradit. Patrick Ewald serves as executive producer.

The Lake comes to Thai cinemas on August 18. A U.S. release date hasn’t yet been announced.

Couple Found Stranger Hiding In Their House Planning To Do Gender Reassignment & Amputation Surgeries On Them!

First Look Teaser for ‘Welcome To Chippendales’ with Kumail Nanjiani

‘Days of Our Lives’ Episodes May Run Longer on Peacock