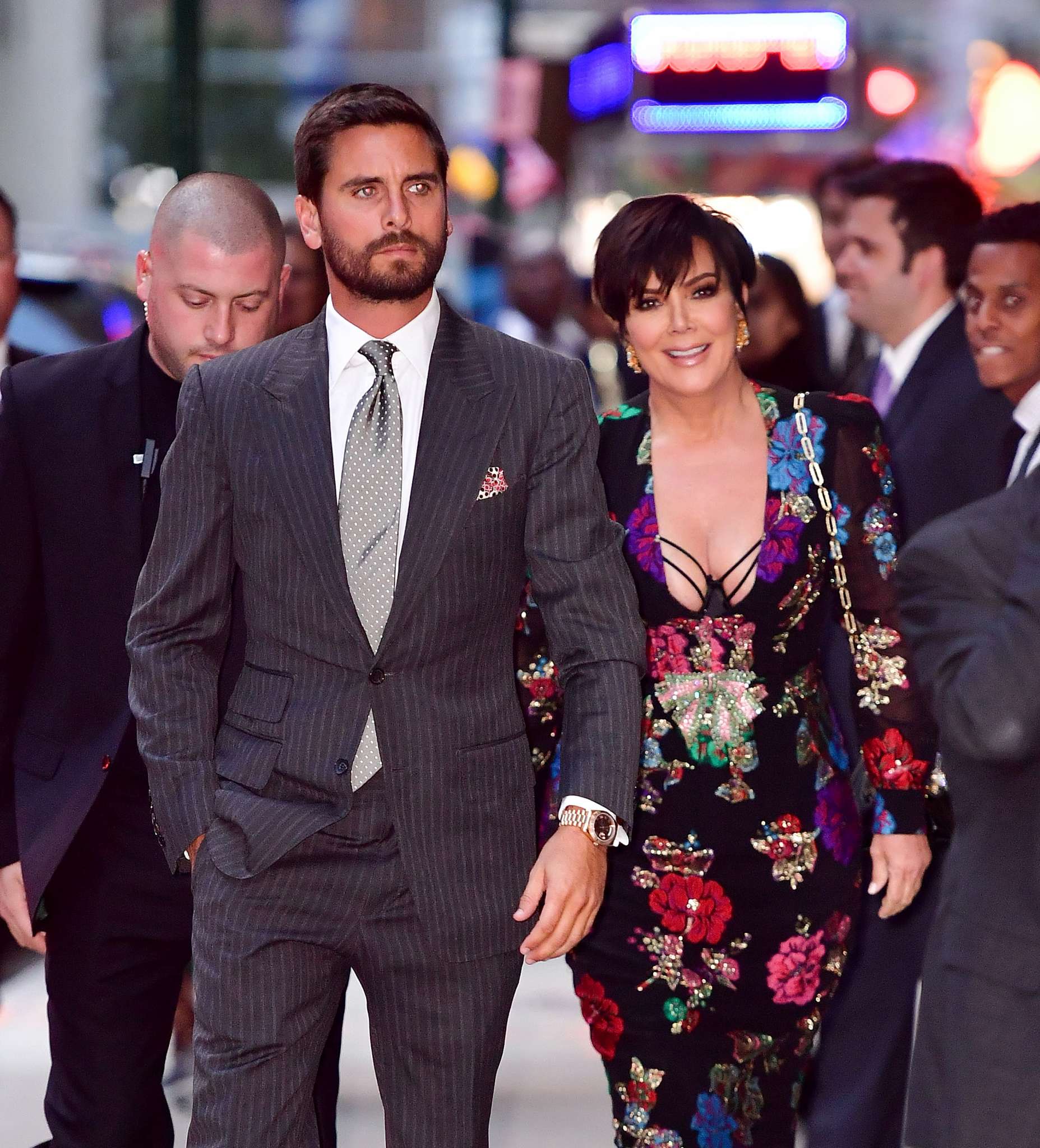 Kourtney Kardashian and Travis Barker’s romance is in full bloom and fans cannot get enough of it but there are some concerns over how this may be affecting Kourtney’s ex Scott Disick , with whom Kourtney shares 3 children, Penelope who is 10 years old, Reign who is 7 years old, and Mason who is 12 years old.

A report recently came out from Page Six which said that a source close to the Kardashians has revealed that Scott just isn’t as involved with them anymore. The source explained it in the following words:

“Ever since Kourtney got married, he doesn’t spend as much time with that whole group. He’s been kind of excommunicated because the priority is Travis. He had to regroup who his relationships are.”

However, as soon as these reports began circulating, the mother of all Kardashians, Kris Jenner quickly shut them down. Paper Magazine’s Instagram shared the same claim and Kris commented the following underneath it:

“Scott will NEVER be excommunicated from our family….he’s the father of my grandchildren and a special part of our family… we love him and not true! 🥰😍.”

Although Jenner claims there is still plenty of love for Scott in the Kardashian household, there were some heated arguments between the two on an episode of the Kardashian’s reality show when Jenner didn’t invite Scott to her birthday because Kourtney’s new husband Travis was going to be there.

“For me to hear that you are having a little soirée and you don’t think to invite me makes me feel like complete sh*t,” said Scott to Kris, “I love you, but how did you think I would feel?”

Kris responded via a confessional saying, “Kourtney met her soulmate. That’s gotta be hard for Scott to absorb, but I never expected him to be so angry and wound up over this. He just needs to grow up and be a little more mature.”

The Kardashians continues to stream on the Hulu streaming service.

MTV VMAs 2022: All of the Performances

Release Date & Everything Else We Know So Far – Hollywood Life

Celeb Cheating Scandals, Who Stayed Together And Who Broke Up

What to Watch: SEAL Team, The Resident, New Amsterdam