America’s Got Talent Season 17 keeps rolling out new talent as auditions continue — and the judges are just as eager as viewers to take it all in.

The sixth episode of the season featured a limited panel as Howie Mandel was unable to join fellow judges Heidi Klum, Sofía Vergara, and Simon Cowell for the action.

Below, we’re breaking down a few of the must-see auditions of the night ranging from gymnast routines to moving musical performances.

Accompanied backstage by his wife Natalie, Ben Waites shares his story with host Terry Crews, revealing that he wants to take care of his family with the show’s winnings and to further his dream of being a professional singer. Hailing from Nashville, the father of three also has the support of his mother and grandmother who are seated in the audience. Deciding to sing “True Colors” for its message of hope, Ben receives a standing ovation and three yeses from the judges.

Married couple Flor Aracama and Nico Busso are originally from Buenos Aires and their specialty is gymnast routines. Together, they take to the stage to show their love through performance and it certainly wins over the judges as Simon, Sofia, and Heidi easily approve their advancement in the competition. This group of acapella singing kids has more than a beautiful performance, their audition also serves as a tribute to their former member Nolan Gibbons who died suddenly and unexpectedly at age 15. Performing his original tune “My Turn,” the young singers bring tears to viewers’ eyes with their gorgeous audition. It’s an easy yes from all three judges. This duo from Colombia met years ago when she was his dance teacher, a translator reveals to the judges onstage. While Sofia can understand the performers, the translator is required for the audience, Simon, and Heidi as they learn more about the dancers. Before hitting the dance floor, the pair teases their dance was filled with passion and flavor before dedicating it to Latinos worldwide, especially Sofia. They weren’t lying, we learn, as they spin around the stage at lightning speed, earning them a yes from all three judges. This violinist’s audition is special, as it isn’t the first time he’s been on stage this season. Footage from the day before reveals that while Simon loved his act, he didn’t care for the music itself. So, the judges gave Alex the chance to practice a new song and come back for a second audition which he nails with flying colors. The extra effort was all worth it as Heidi, Sofia, and Simon all gave him a yes to moving forward. 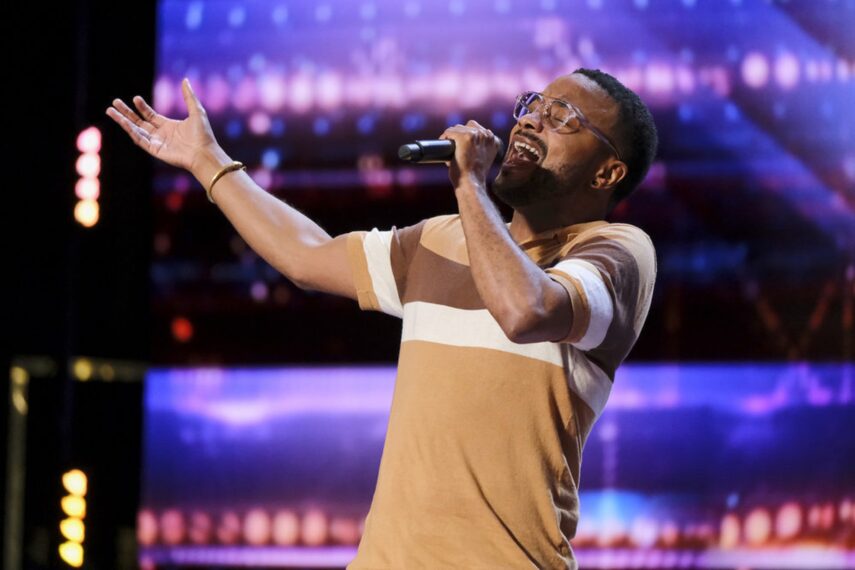 This 39-year-old singer decided to audition because fear had stopped him for too long. Soon after the death of his twin brother, Wyn performs the original tune, “Who I Am” in his honor. The tear-inducing performance wins the judges and the audience over within moments, landing him in the next round of the competition.

What did you think of the night’s auditions? Let us know in the comments section, below.

Katie Holmes’s £50 Mango Jeans Will Sell Out by Tomorrow