Everyone knows the old saying about what happens if you play with fire, right? Everyone, that is, except for a certain Animal Kingdom character. In Sunday’s sixth and final season premiere, the Cody boys sent a traitor to the metaphorical burn ward and, just for good measure, a nuisance to the actual ER. Who was on the receiving end of the thugs’ version of justice? Read on, and we’ll go over not only what happened in the first of Sunday’s back-to-back episodes but the second as well.

‘IT’S OUR ANNIVERSARY’ | In flashbacks to 1992 — the year that gave episode No. 1 its title — Baz’s harebrained scheme to steal computers from the high school that twins Pope and Julia attended resulted in the sibs getting busted (and Andrew nearly bashing in a janitor’s head with his skateboard). Afterwards, Pope was expelled. But Julia… she was welcome to stay and achieve her potential in more challenging classes, the vice-principal told Smurf. Unfortunately, after catching her daughter skinny-dipping with Baz, the erstwhile Janine instead lied that Julia had been kicked out along with her violent brother. Vile. And I know that the show has always played incestuous undertones with Smurf and her boys, but didn’t it strike you as exceptionally pointed, the way that she let apparent jealousy of Baz’s interest in Julia motivate her cruelty? Anyway…

In the present, Deran learned from a regular bar patron named Trey that annoying influencers had moved in next door to him. Immediately, Deran suspected that Tommy had suggested that Trey drop by and mention the sitch. Cornered, the Employee of the Month every month admitted that people had been talking about the Codys and wondering: If they weren’t going to take care of problems like this, who would? In response, Deran paid an eerily calm visit to the influencers, smashed a bottle into one of their heads and advised them to get the hell out of Dodge, lest they have a real problem on their hands. Meanwhile, J, who was now sleeping with Lark, urged Pope to do something with his vacant lot. Pope, however, was no likelier to be rushed than he was to enjoy round bologna. (He prefers his luncheon meats square, like his bread.) 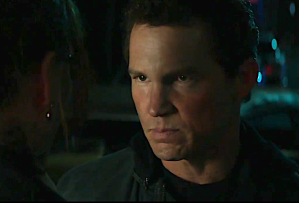 ‘ARE YOU JUST NEVER GONNA TRUST ME AGAIN?’ | In other developments, Craig, miraculously clean and sober (and opening a gym through which money could be laundered) savored a little quality time with Nick and Renn… with her cousins standing guard. The new dad was having a helluva time dealing with seeing his son only when his ex said that he could. Making matters worse was the fact that he got a total of zero support from Deran. Not only didn’t he understand why Craig couldn’t help out at the bar and just not drink, he didn’t see why his brother was so upset that he’d have to go a week without hanging with the baby. In Deran’s estimation, this wasn’t about Nick at all, Craig just didn’t like that Renn had him “whipped like a little bitch.” In Craig’s estimation, on the other hand, this was all Deran’s fault; he wished he’d ignored his kid brother’s advice, taken the tot and run.

In our heist of the week, Gia offered the Codys a job — clearing out the warehouse of a new rival that had popped up. Wait, J said, “you don’t trust us enough to fence our shit, but you want us to pull a job for you?” In short, yes. At first it appeared that the Codys were on board. But after they’d filled a van with goodies and blown up the warehouse, we realized that it was actually Gia’s, not her competitor’s! Insurance would pay for the building and rugs, Pope told her. “The rest is your penance for being disloyal to my family. You burned the bridges, not us.” Hey, at least he didn’t take her eye the way he had Pete’s! 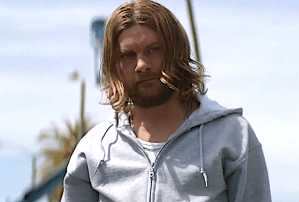 ‘TAKE OFF THAT STUPID WOOL CAP! IT’S 90 DEGREES’ | During the 1992 flashbacks in “Rise,” Smurf paid her lawyer extra to keep Pope from talking to a psychiatrist or serving time in juvenile detention. Despite that “win,” Julia still didn’t see her mother the way her twin brother and Baz did. In her eyes, Smurf only cared about one thing: herself. In fact, Julia told Andrew, she had figured out why their mother didn’t like him skateboarding. It was simply “because it makes you happy,” said the girl, who by this point was rarely not tipsy or high. In the present, Craig was surprised to find an old drug buddy in his house with two beach babes and a bag full of blow. He resisted temptation — well, at least the temptation of the drugs — but afterwards asked Deran to switch houses with him. Craig couldn’t stay where he was, he argued. “It’s like a conveyer belt of women and coke.” Unmoved, Deran turned him down cold. In fact, Deran later told J that he was looking forward to Craig giving up on being a part of Nick’s life and falling off the wagon. “I liked him better high,” he added. 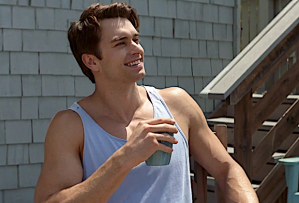 Damn, Deran. He was pretty cranky for a guy for whom things were going rather well. Not only did he have a new hottie on hand who looked like Clark Kent, Trey gave him a sweet surfboard to thank him for running the influencers out of Oceanside. Plus, while trying to obtain a blank invoice to cover up the fact that Pope had spent $18k on wood (more on that later), Deran had crossed paths with the lumber yard’s owner, the same guy who’d run amateur surf competitions when he was a kid — and accepted payoffs from Smurf to ensure that her youngest son lost. When Deran tased the man — repeatedly — he insisted that he’d been scared of Smurf. “Now,” said Deran, “you can be scared of me.” It bears repeating: Damn, Deran. So what was Pope doing with all that wood? He intended to turn his beloved lot into his own personal skate park, it appeared. And after he caught an out-of-work carpenter named Augie trying to steal tools from the site, he even had on his payroll — and frightened to death of him — someone who could nail it all together. (Not amazingly well, mind you, but… ) 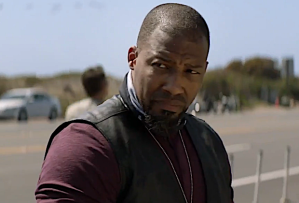 ‘I’M ALLOWED TO HAVE FRIENDS’ | Meeting with prospective lawyers, J seemed to notice that Penny — the assistant at one office who matched clients with attorneys — was unusually young and attractive. He seemed to notice it all over again when she joined him at a bar to add his signature to a spot that she’d missed on some paperwork. Though Penny was married to a serviceman who was deployed overseas, she wasn’t uncomfortable having a drink with J. (But probably should’ve been… !) In other developments, into Craig’s gym came a stranger named Vince who said that he ran the bike-repair shop down the street. One thing led to another, and soon, they were bonding over the difficulty of remaining sober and riding one another’s hogs. (Not a euphemism.) All the while, though, Craig had one question on his mind: “How long you been a cop?” To prove that he wasn’t one, Vince robbed a diner, making a willing accomplice of Craig (who thoughtfully stole only cash, not wallets, lest he send everyone to the DMV).

So, what did you think of the Season 6 premiere double-header? Grade the episodes in the poll below, then hit the comments with your reviews.