“I want to be so close to someone that it’s not enough that your skin touches.” Strand has revealed a new official US trailer for the indie film Girl Picture, a Finnish coming-of-age dramedy from filmmaker Alli Haapasalo. This first premiered at the 2022 Sundance Film Festival earlier this year, and also played at Berlinale. The Finnish title is Tytöt Tytöt Tytöt which translates directly to Girls Girl Girls. Best friends Mimmi and Rönkkö work after school at a food court smoothie kiosk, swapping stories of their frustrations and expectations regarding love and sex. “Writers Daniela Hakulinen & Ilona Ahti consistently present the film’s teen protagonists as complex individuals, while director Alli Haapasalo, rather than aestheticizing the girls’ femininity, vibrantly depicts their trials and tribulations through their own eyes.” This stars Aamu Milonoff, Eleonoora Kauhanen, and Linnea Leino. I wrote about this one last year as one of the great Finnish films at Sundance, and I’m glad it’s getting a proper theatrical release in the US soon. Worth a look. 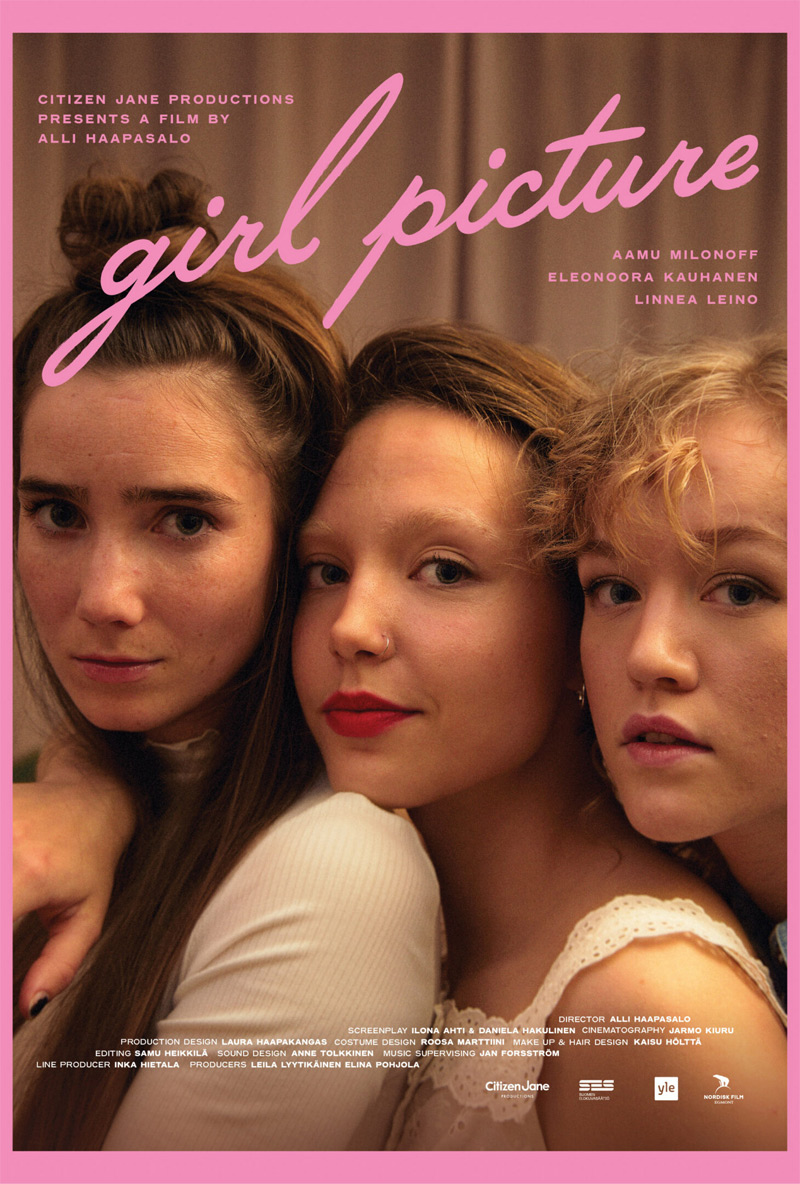 You can rewatch the festival promo trailer for Alli Haapasalo’s Girl Picture here, for the first look again.

Synopsis direct from Sundance: “Best friends Mimmi and Rönkkö work after school at a food court smoothie kiosk, frankly swapping stories of their frustrations and expectations regarding love and sex. Volatile misfit Mimmi, unexpectedly swept up in the thrill of a new romance with Emma (a driven skater training for the European championships), struggles to adjust to the trust & compromise required by a lasting relationship. Meanwhile, the offbeat, indefatigable Rönkkö hits the teen party scene, stumbling through a series of awkward encounters with members of the opposite sex while hoping to find her own version of satisfaction.” Girl Picture, originally known as Tytöt Tytöt Tytöt (Girls Girls Girls) in Finnish, is directed by Finnish filmmaker Alli Haapasalo, of the films Love and Fury and Force of Habit previously. The screenplay is written by Ilona Ahti and Daniela Hakulinen. This initially premiered at the 2022 Sundance Film Festival this year. Strand Releasing will debut Girl Picture in select US theaters (NY) starting August 12th, 2022.